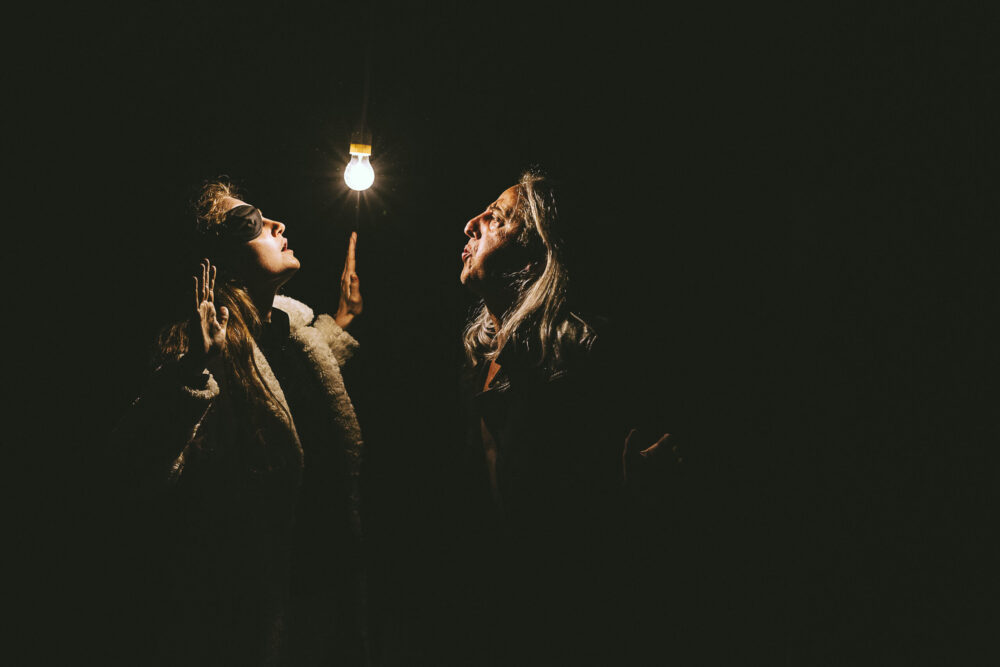 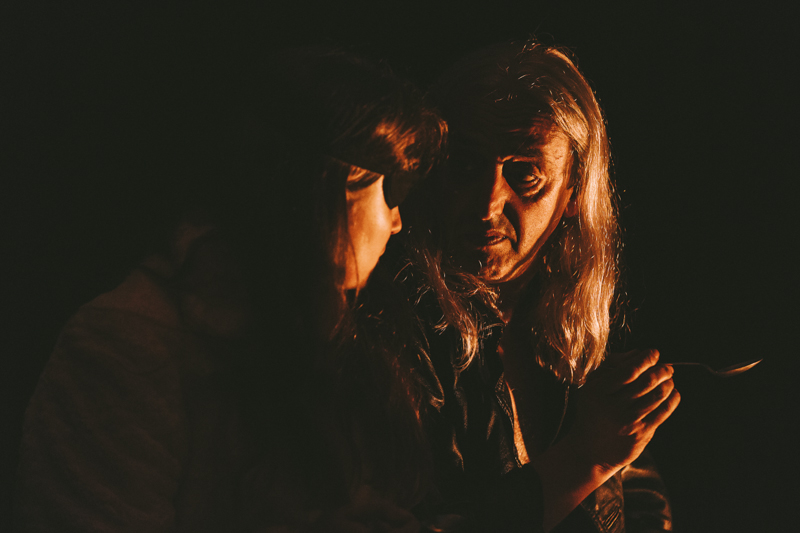 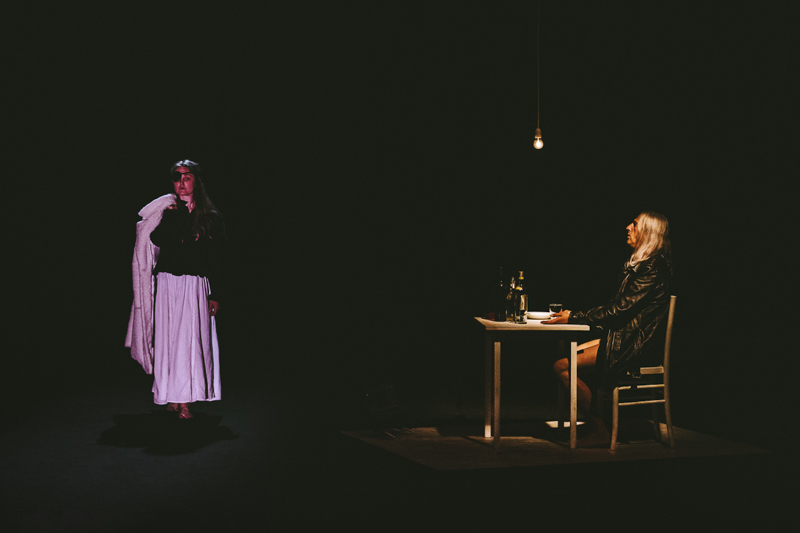 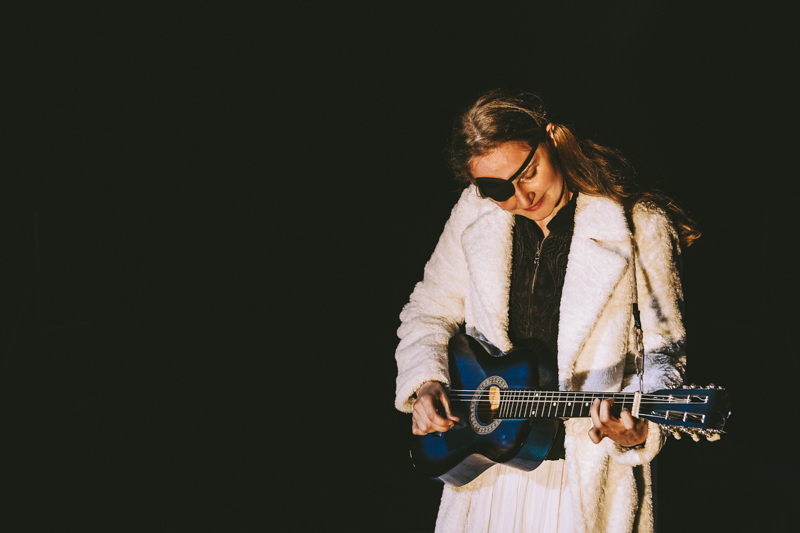 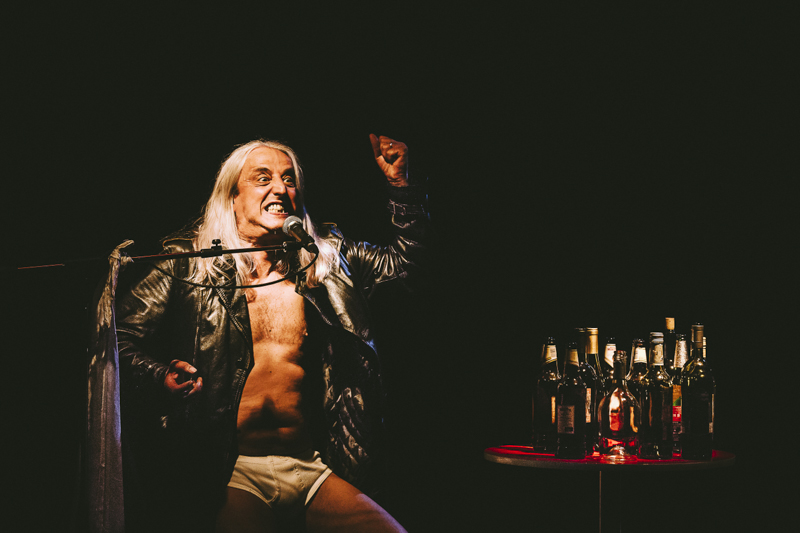 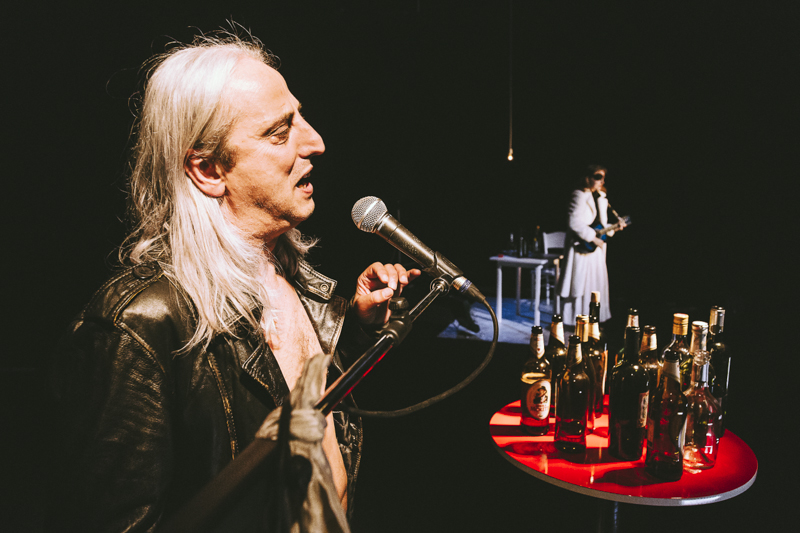 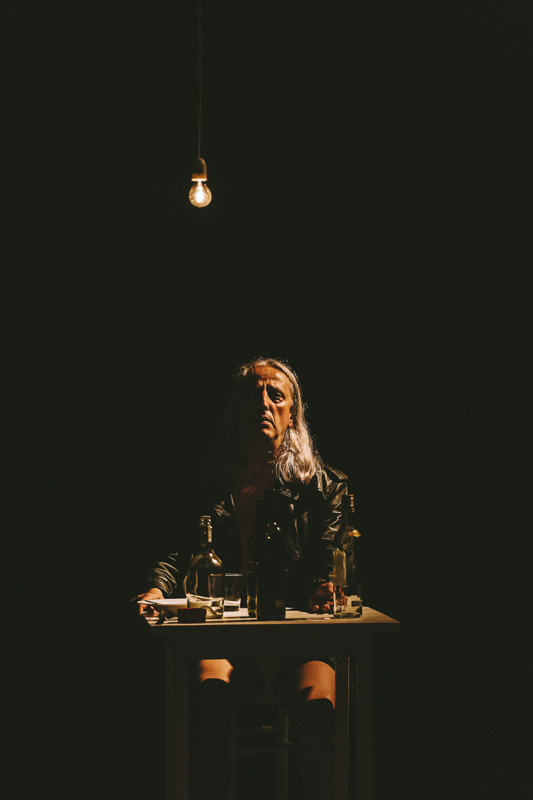 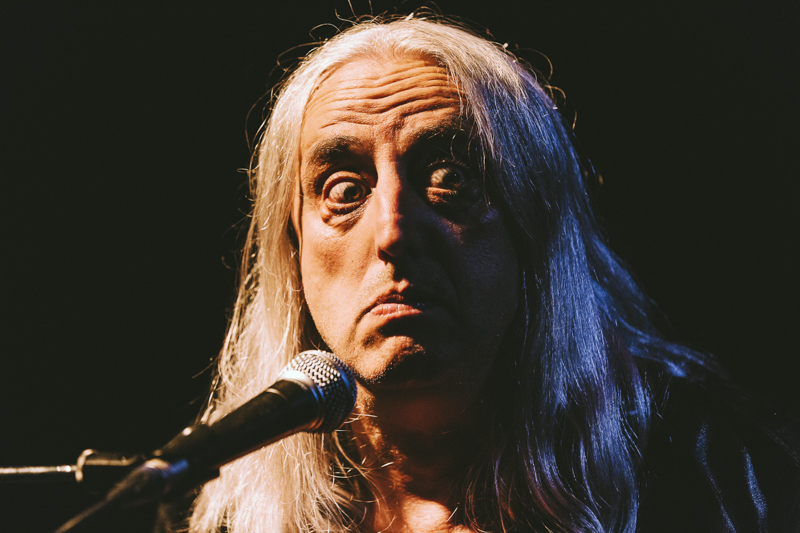 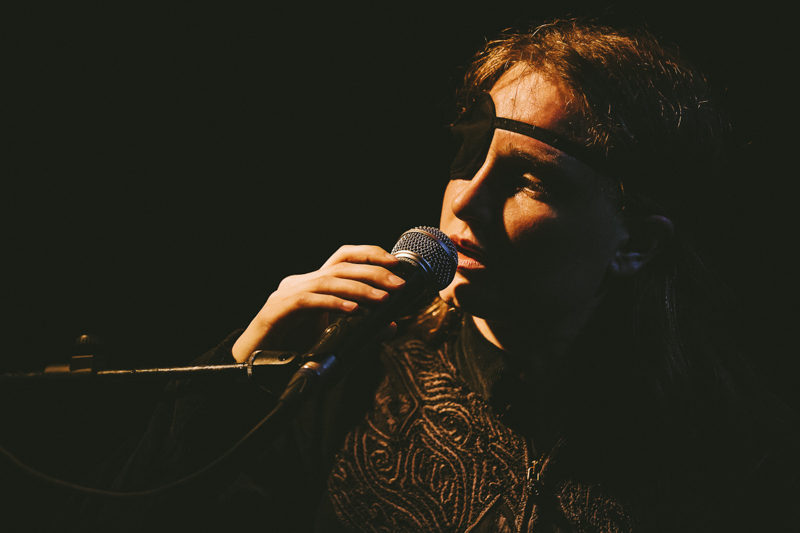 “Canelupo Nudo ties jars of words to his tail and drags them around to make noise while death waits for him on a pink car dressed like a bride”.

Nerval Teatro has dedicated a three-year performance project to Werner Schwab. Schwab, a radical and controversial figure was a meteor who blazed through the theatre like the heroines of the punk world he came from, dying of an alcohol overdose at the age of thirty-five on New Year’s Eve 1994. With Canelupo nudo, original text by Rita Frongia, the project that saw the realization of Appassionatamente and Le Presidentesse comes to an end. For this production the direction is entrusted to Claudio Morganti, with Lupinelli and Elisa Pol on the stage. Canelupo nudo is primarily a tribute to the man/artist Werner Schwab and his last autobiographical work Mein Hundemund, still unpublished in Italy.

ASEPSIS WILL NOT WIN
(A few lines for Schwab)

Poor maniacs of order and cleanliness, poor inhabitants of glass vitrines, poor designers of designed designs, of the modern canon, of Catho-Nazi languages.
Poor tie-less climbers, in search of easy converts, tiny brains of pedestrian thinking, reinventors of concentration camps, cement makers, herds of exclusive ignorance with their raised noses, allegories of presumption, knowledge and power.
Ridiculous.
No balls.
Already old by their thirties.
Builders of the shit that feeds you.
Shit-eaters.
Canonizers.
Art systematisers.
Exploiters of artists.
When your constipated guts leave the stage- called elsewhere by far more power- life will finally smash the cement you shit and will drool sweat, blood, burps and farts.
Fluids and air: movement, by God!!!!
The dirt of the unspeakable will return screaming to unhinge certainties, careers and peaceful lives.
The theatre lives!

Note on the text

LETTER THAT MUSO WILL NEVER RECEIVE

I’m in a blue room and there’s a dried rose hanging on the wall.

At the foot of the bed there’s that stone that we found lodged in our car, I could use it to defend myself, and it reminds me of the two of us: how your blond hair was like a golden net so when I held you so as not to be afraid it was like looking at the world through the wires of a cage.

One good thing is that no one comes into my room without knocking first. The pain is starting to go away and so are my wild thoughts, the drugs work and leave space for the void. I’ve decided to start playing the harp. You know where to have it delivered. You don’t need to come yourself, it’s the harp that I need.

I dreamt you were cut and had a broken tooth, but it’s the new medication, you write that you’re fine and I’m happy, you write that the theatres are always full and artists are greeted with low bows… what a beautiful country that is! You’re a lucky man!

We’re nomads, free and with no family.

Masters constantly need fresh blood and servants – all things considered- are cheap at any price because they too can always be bought.

Remember, don’t eat too much, stay thin so in hard times your stomach will already be shrunk enough. I read this recently: the death of a father is felt consciously, and I thought how the death of a mother is the opposite of that. Be happy.

The dried rose on the wall only has one thorn, but it’s right like that. The dog is naked and lies with its fur facing east. A wound is a veil on the mind and the naked wolf is whimpering, he’s hungry.

“A tough show that hits you like a punch in the stomach, like the story it tells.”
[Livia Grossi, Corriere della Sera, July 7, 2014]

“We are confronted with a “punk” show, raucous and raunchy – the stage set of empty bottles suggests the after-effects of a colossal hangover – and at the same time extremely precise, which derives its potency from the stage presence of the actors. This wonderful meeting between Morganti-Frongia and Lupinelli-Pol, paints an amusing and at the same time disturbing portrait of Schwab, that incandescent meteor of European dramaturgy who died of an alcohol overdose at the age of only thirty-five.”
[Graziano Graziani, Teatro e Critica, July 3, 2015]