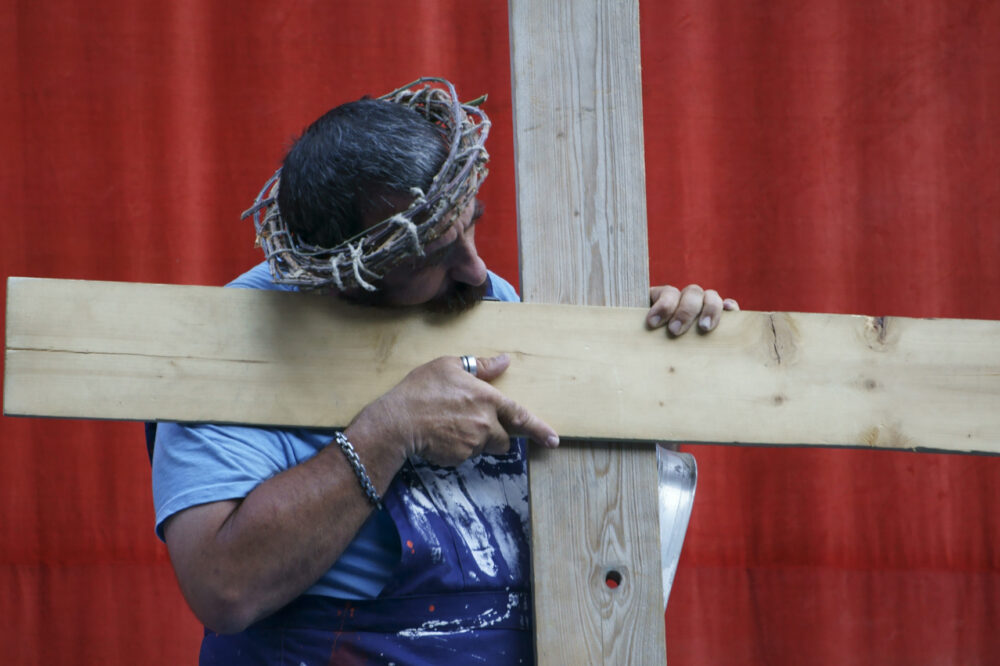 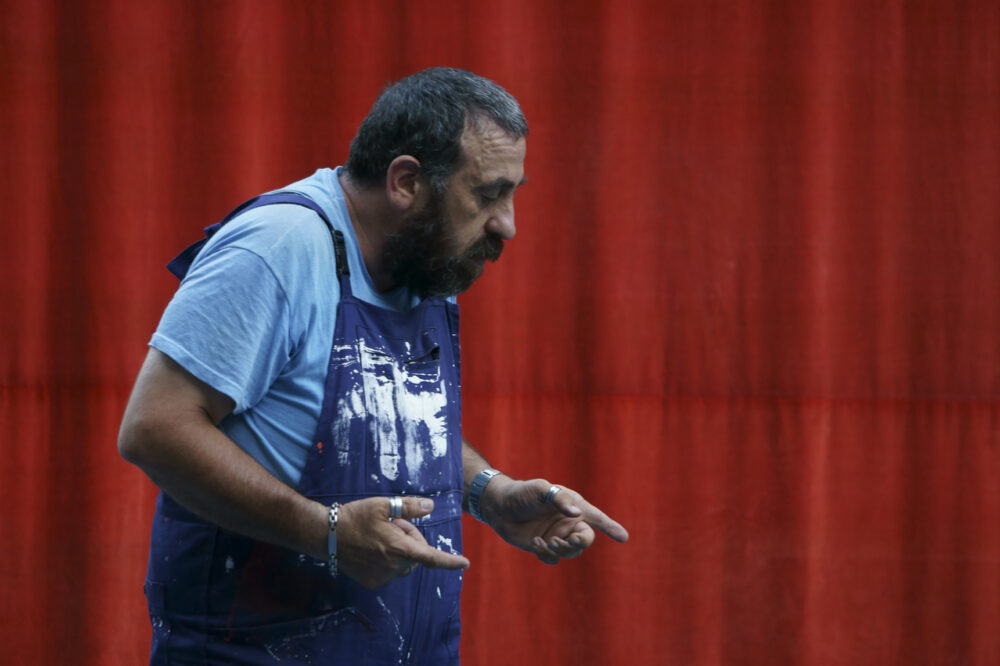 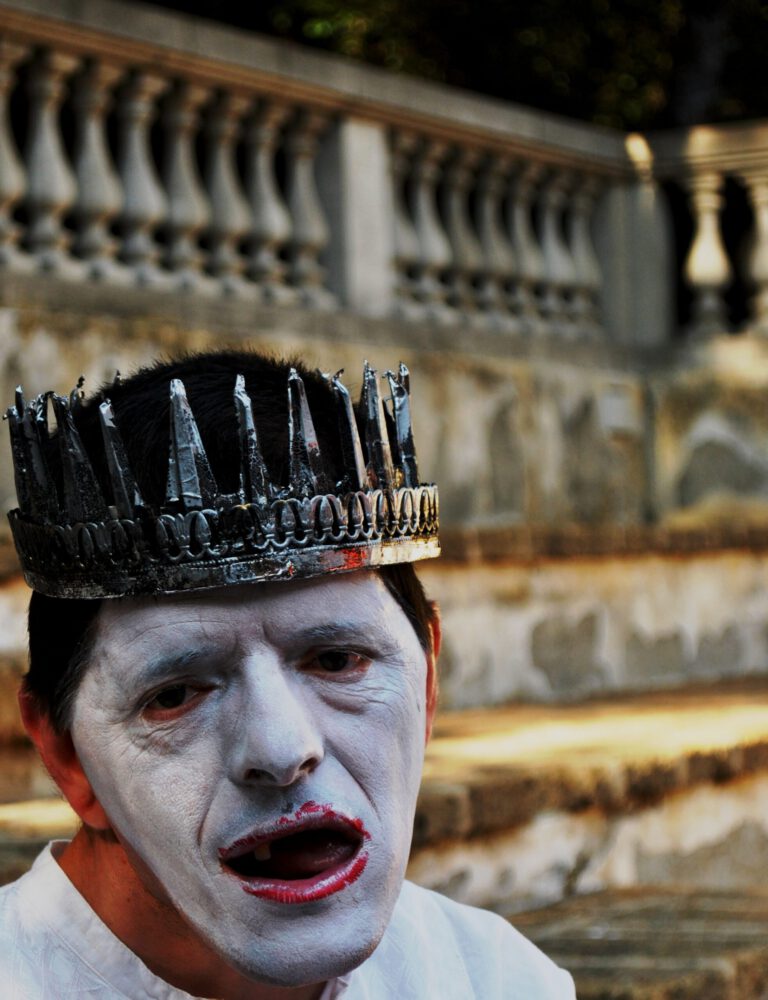 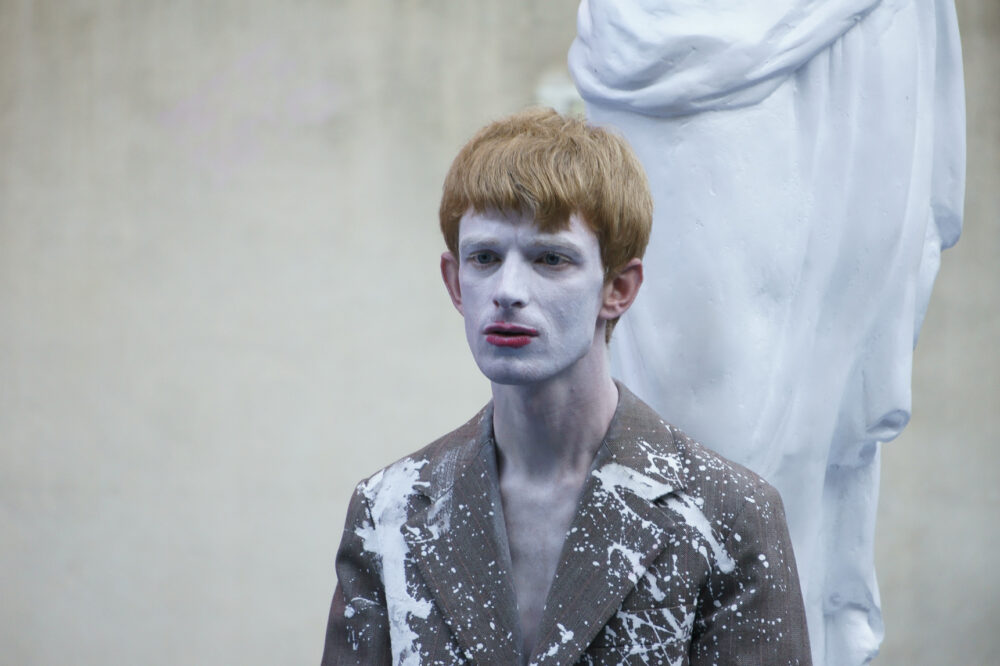 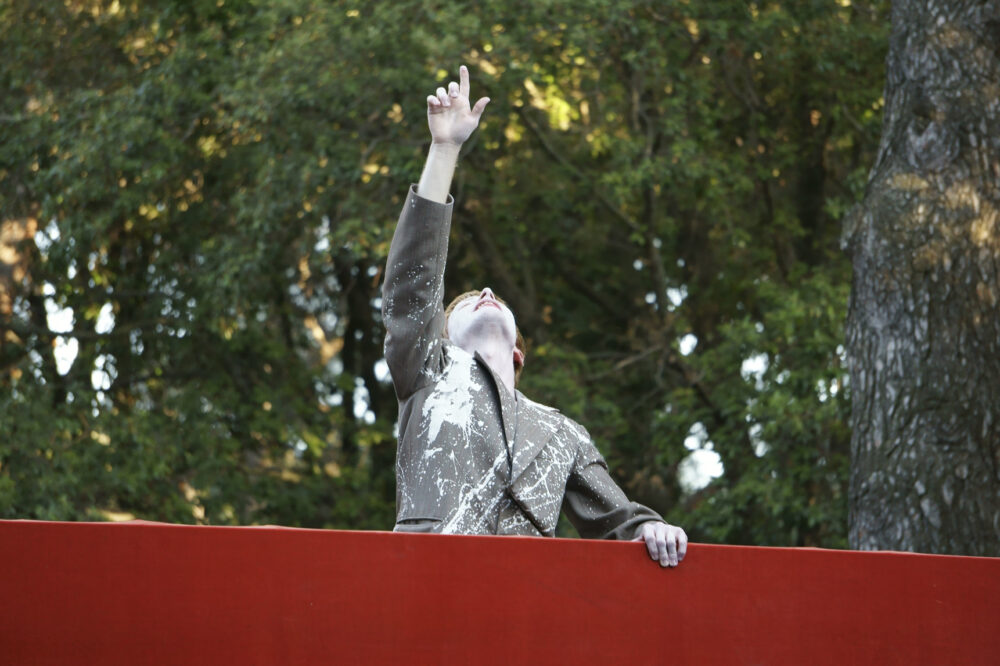 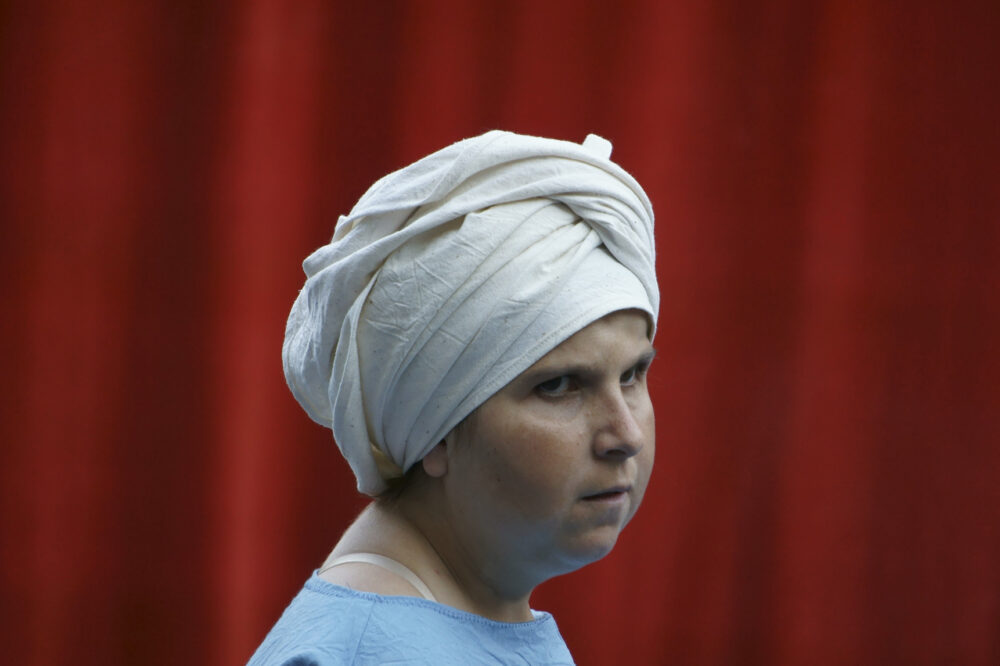 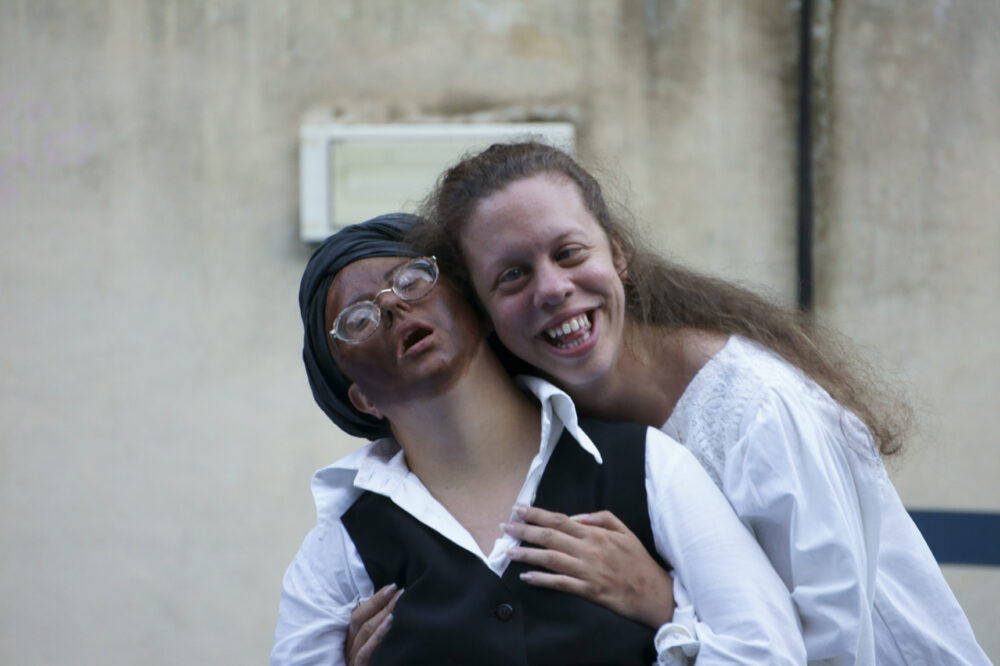 What Are Clouds? is the story of Shakespeare’s Othello through a puppet theatre animated by characters who approach life with poetic simplicity and an unwavering playfulness, even when facing life’s most tragic aspects.

Pier Paolo Pasolini’s 1967 short film is the starting point for this investigation of the individual and society in a ruthless dystopia, devoid of ethics and allegiances. The result is a depiction fraught with contradictions, “a dream within a dream” journey in search of lost humanity.

“Any categorization is limiting for a director and this staging aims at conquering, if not actually obliterating, all psycho-physical barriers. His theatre doesn’t look for facile audience approval: to be in it with him means to responsibly and wisely participate in a life project.”
[R. Rinaldi, Rumorscena, July 20, 2012]

“The chaotic and enchanting mixture of Shakespeare, puppet theatre and clowning is far more than a simple homage to Pasolini and is instead a deep reflection on causality and mystery, questioning a heedless society constrained by the restrictions of living in a conventional normality.”
[S. Lo Gatto, Teatro e Critica, July 10, 2012]