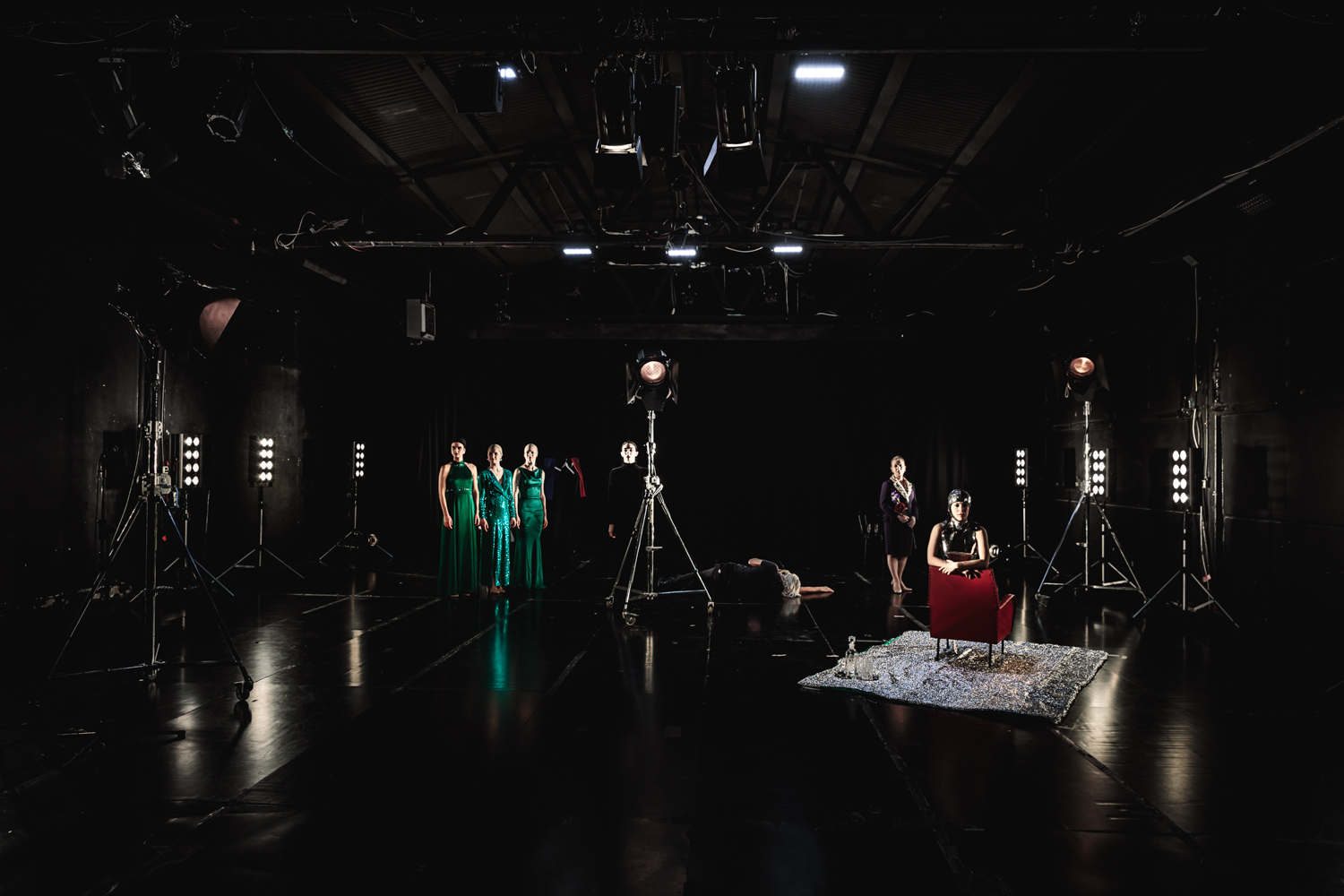 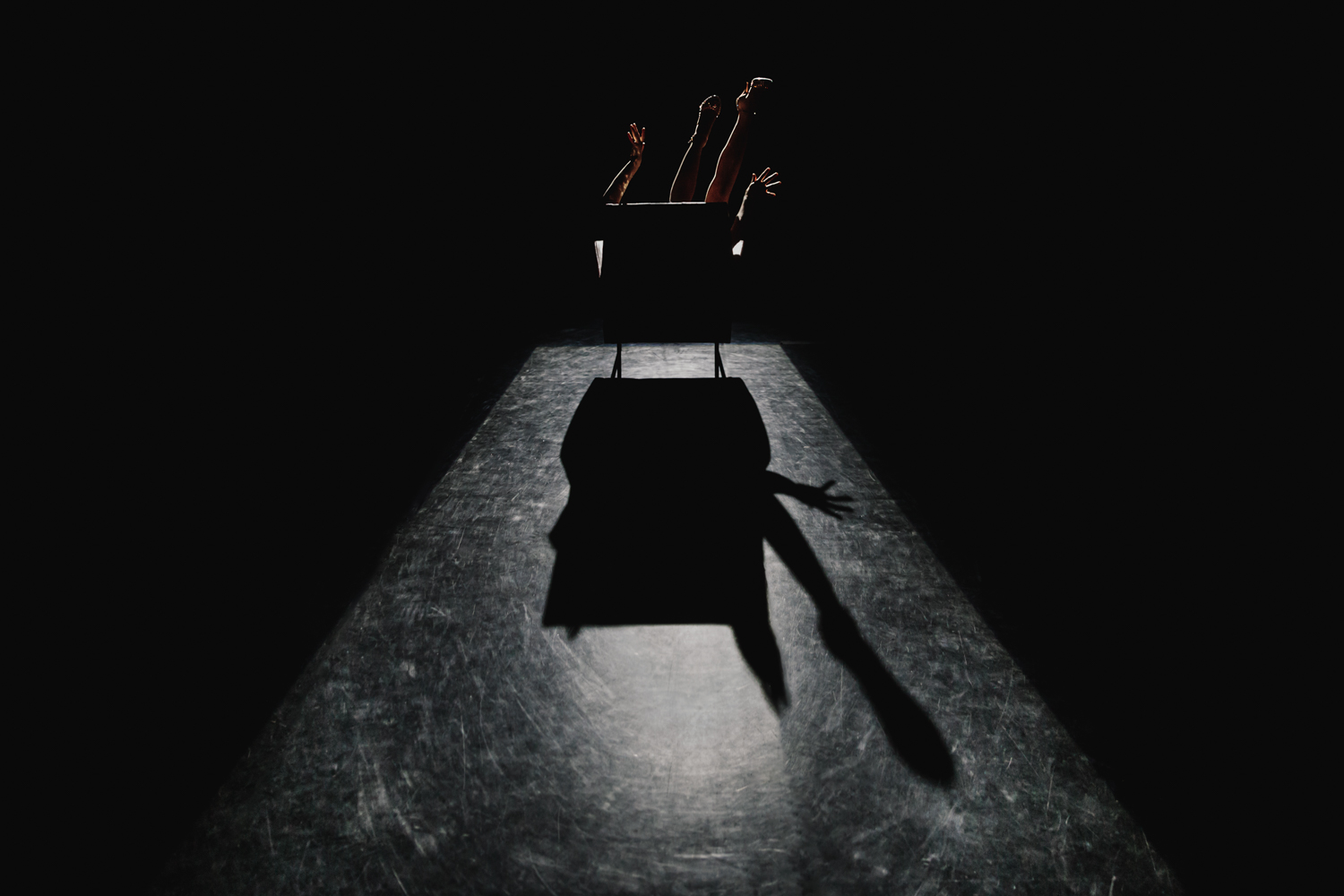 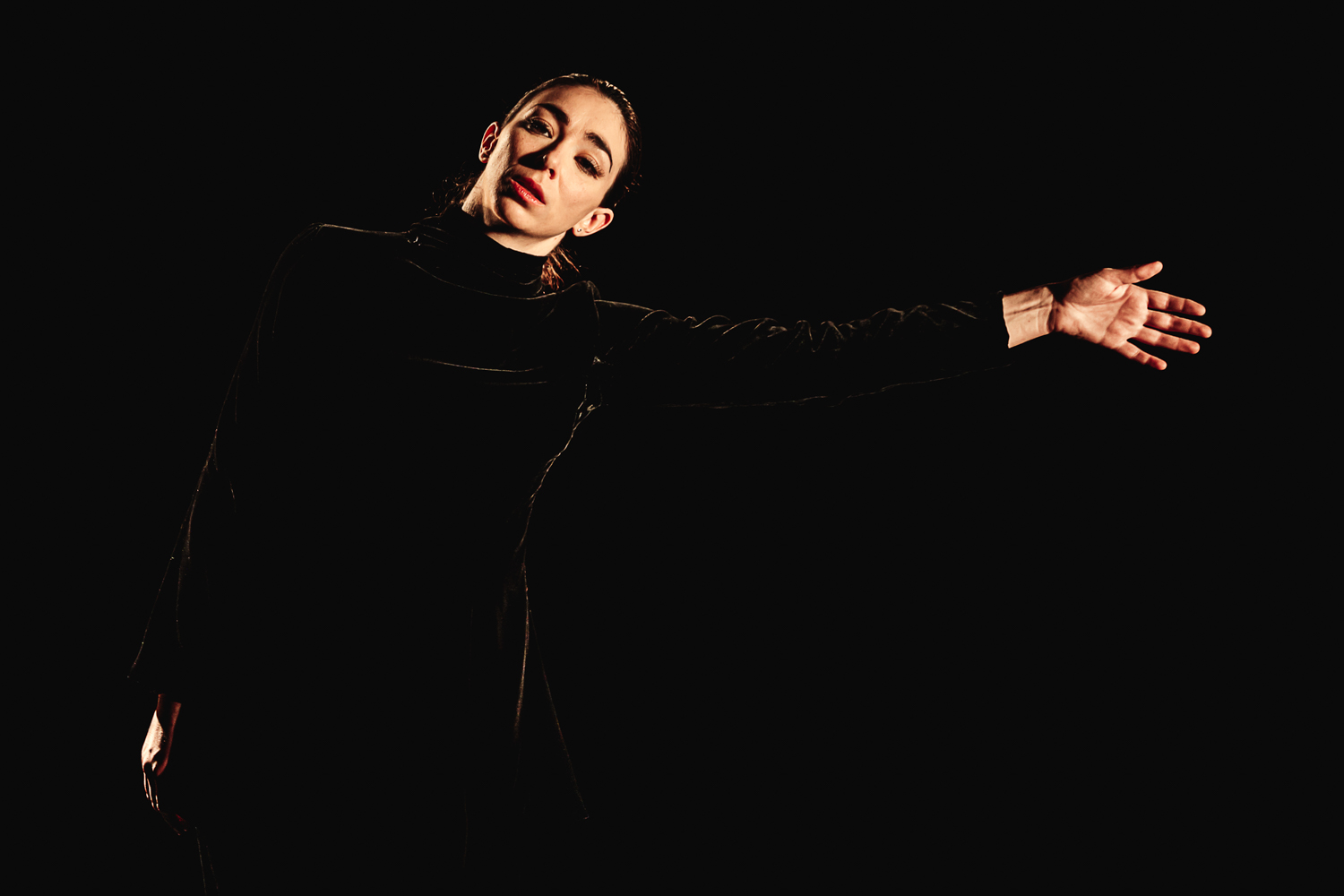 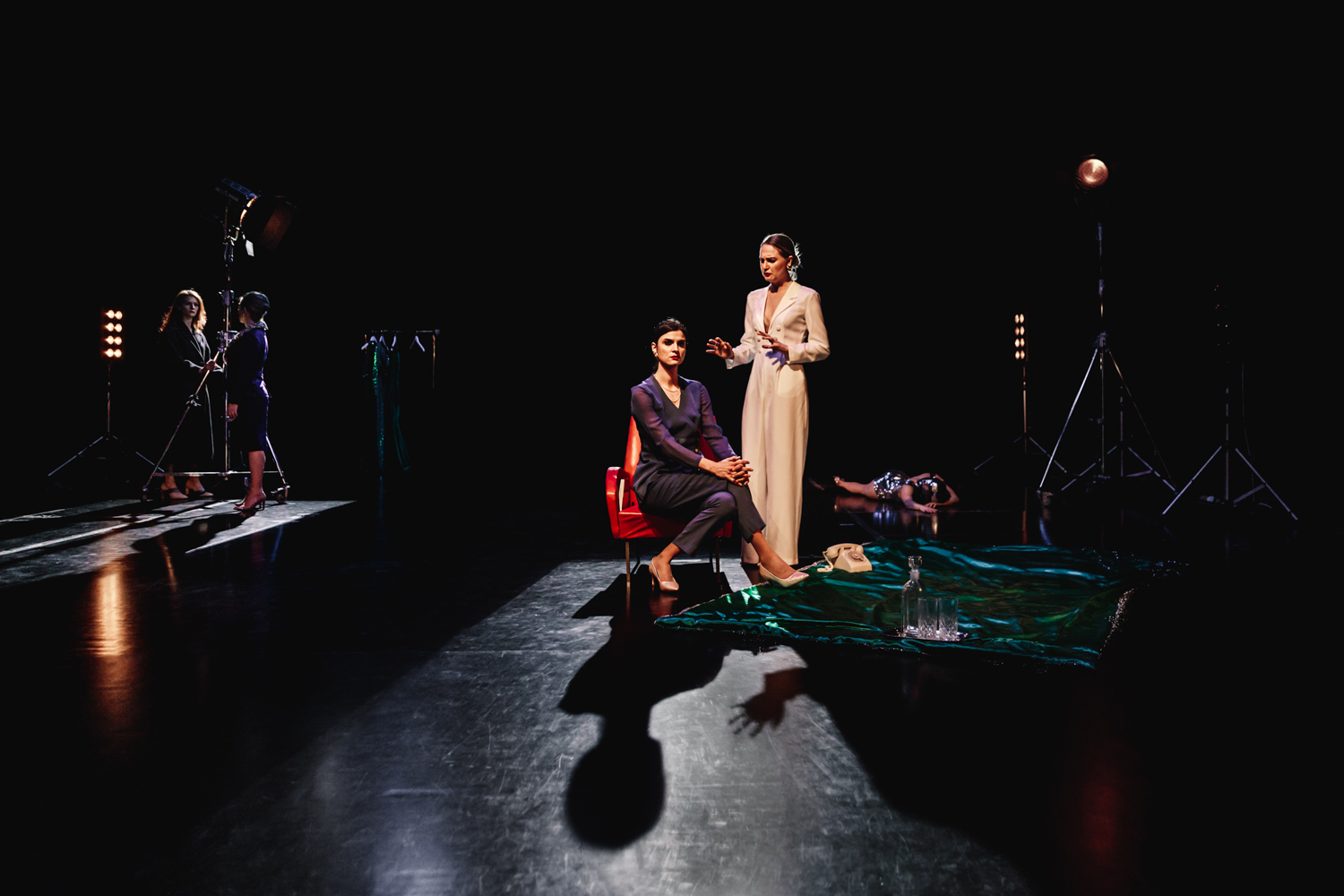 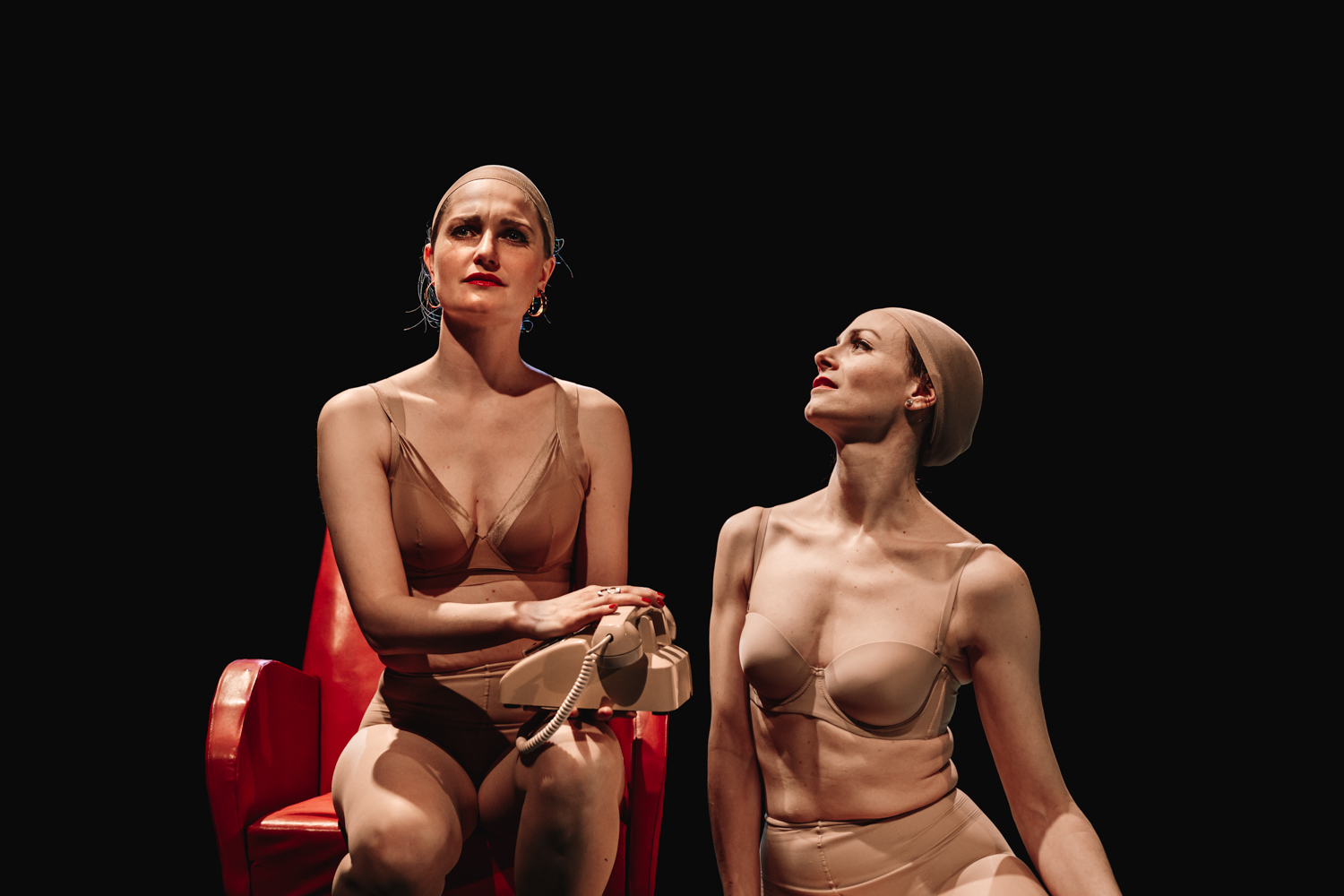 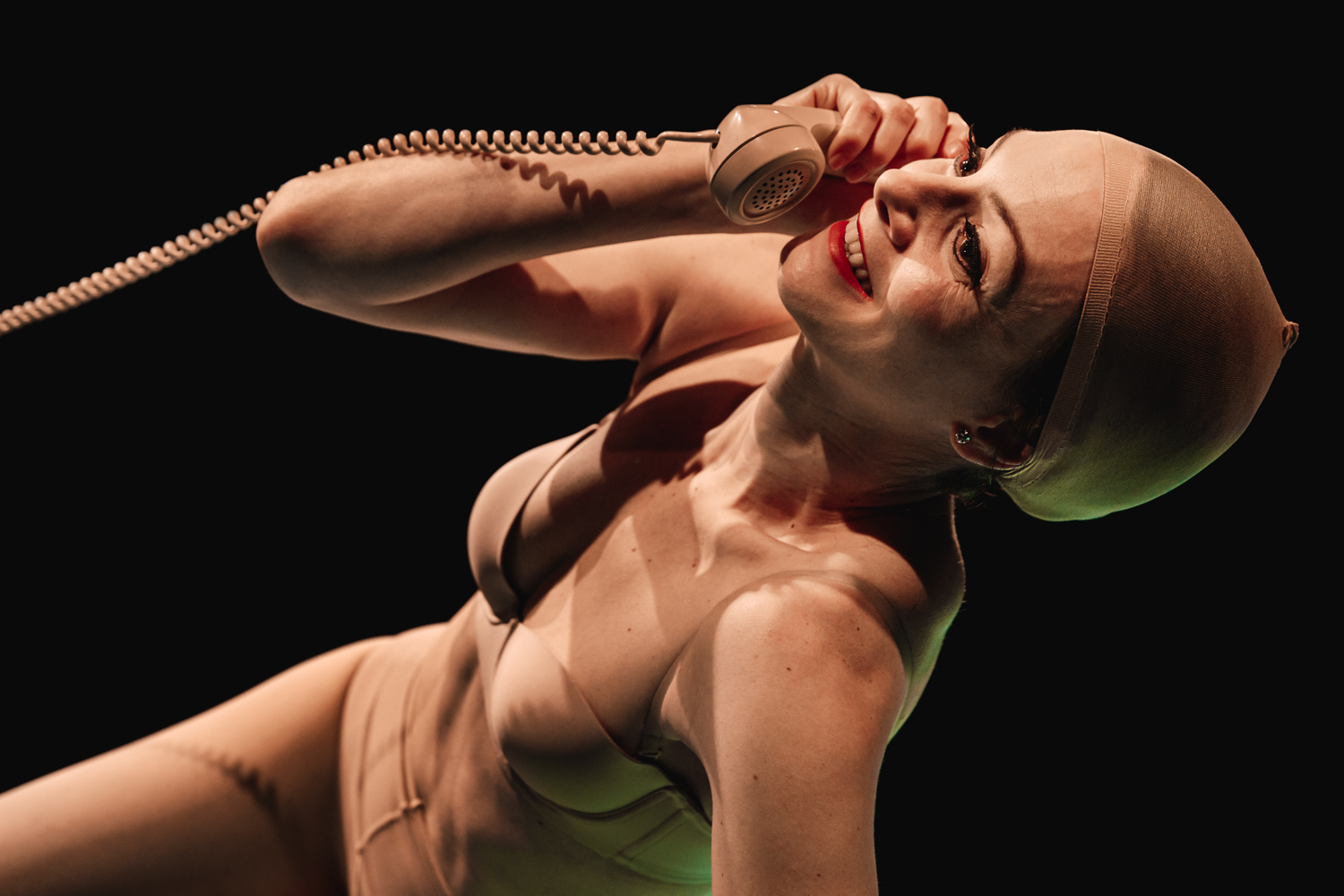 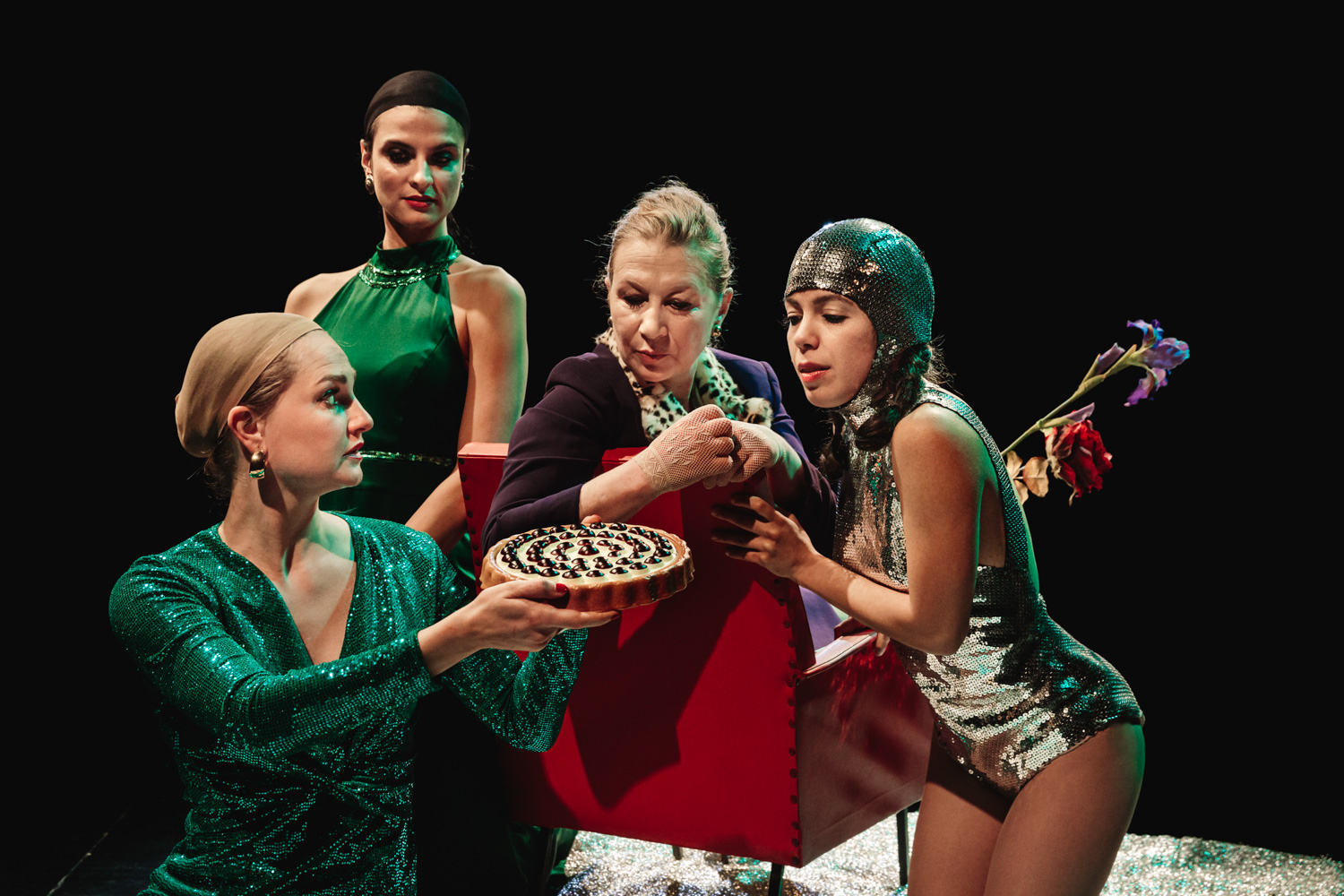 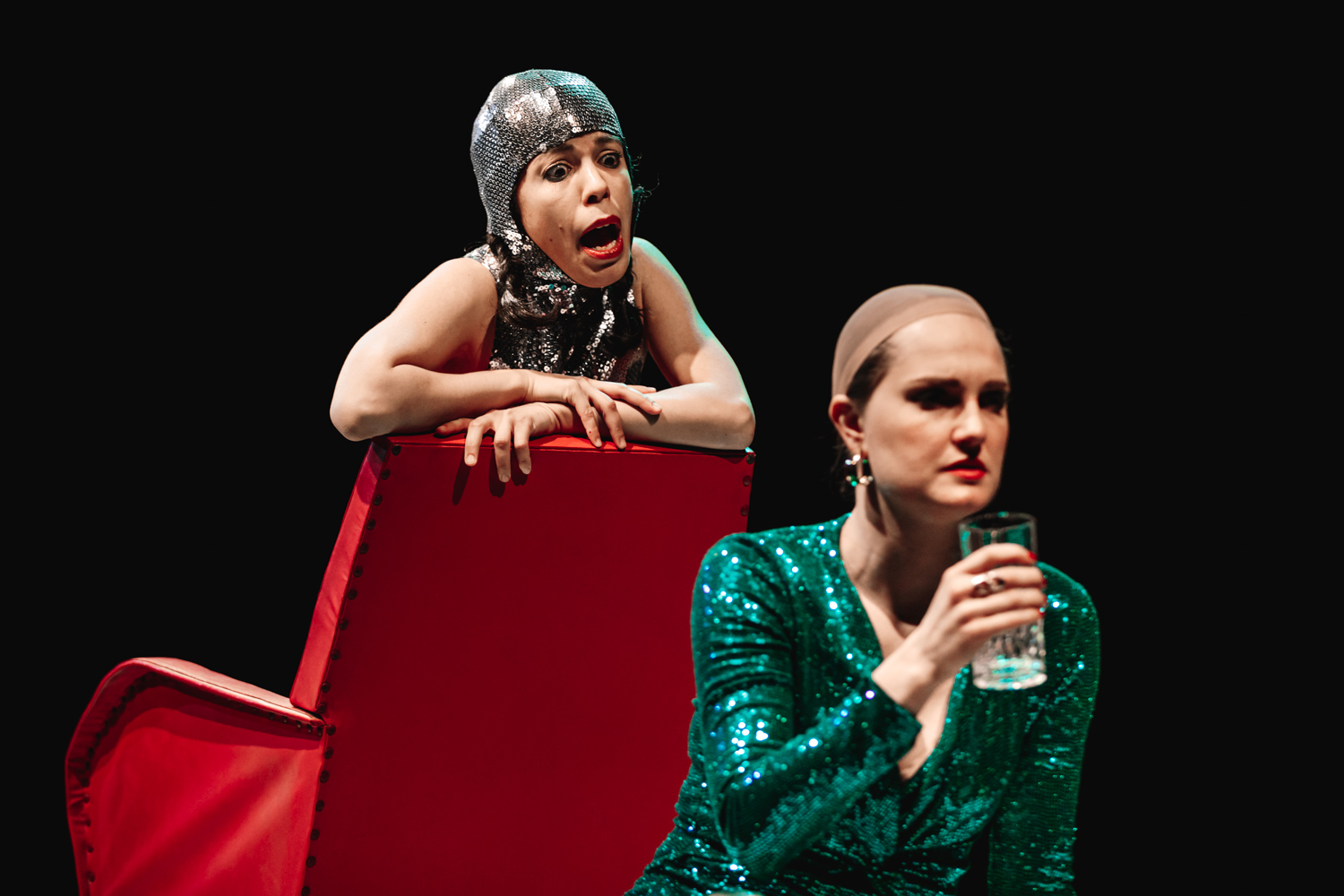 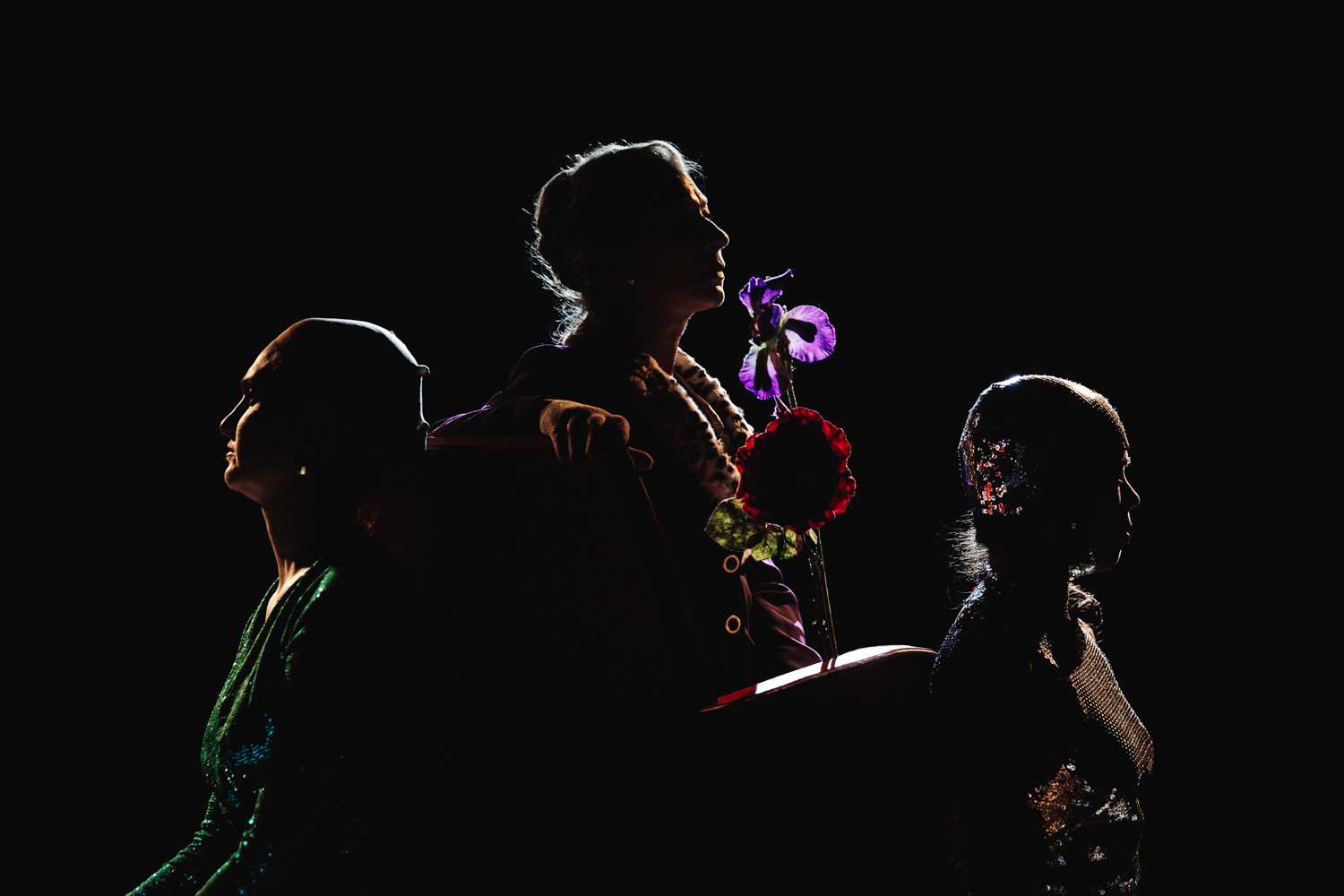 Nerval Teatro brings Fassbinder’s play, adapted for his renowned film with Hanna Schygulla by the writer/director himself, back to the stage in an investigation of the complex and claustrophobic relationship between the fashion designer Petra von Kant and her assistant Marlene. The special attention given to German language authors, starting with the works of Georg Büchner, Herbert Achternbusch, Peter Weiss and Werner Schwab, has been a distinguishing feature of Nerval Teatro’s work. With The Bitter Tears of Petra von Kant and its in-depth analysis of the feminine universe, the company embarks on an exploratory journey into the poetics of R.W. Fassbinder, forging a deeper understanding of Fassbinder’s language and its impact on the contemporary scene. Combining the languages of theatre and cinema to examine the tension between reality and fiction, character and actor, experimentation and narration, the twofold nature of the work is the specific focus of the project. The stage set invokes a cinematographic space, a film set of an interior in which everything is on display and beyond which nothing exists. On their diagonal pathways, with their glances and silences, the actresses trace a dramaturgy of space and psyche under the attentive gaze of Marlene, the third eye that examines the characters and the story under a magnifying lens, an eye also understood as if it were a movie camera in subtle and continuous motion.

“The kind of realism I want and aim for is that which is generated inside the viewer’s mind and not the one that is shown on the screen, that doesn’t interest me at all, people already know that kind from everyday life. What I want is an open, stimulating realism that doesn’t make people close in on themselves. If you show people exactly what they are living every day, then I think they will become closed. You have to offer them the possibility of opening up to beautiful things.”
[R.W.Fassbinder]

“An inspired work. The cast is excellent. The showdown between Elisa Pol and Laura Serena contains all our fiercest passions. The throbbing heart inside a meticulous, staged clockwork. Enormously fascinating.

“The show pushes to the extreme both the alienation that Fassbinder portrays in his film and the somewhat shiny veneer behind which people’s motives are hidden. Lupinelli’s stylised approach is almost impenetrable, a wrestling match between space and time manifested in the physical choreography we witness during the dialogues, the role exchange between Petra and Karin and the metamorphoses of mannequins into human beings and of human beings into mannequins.”