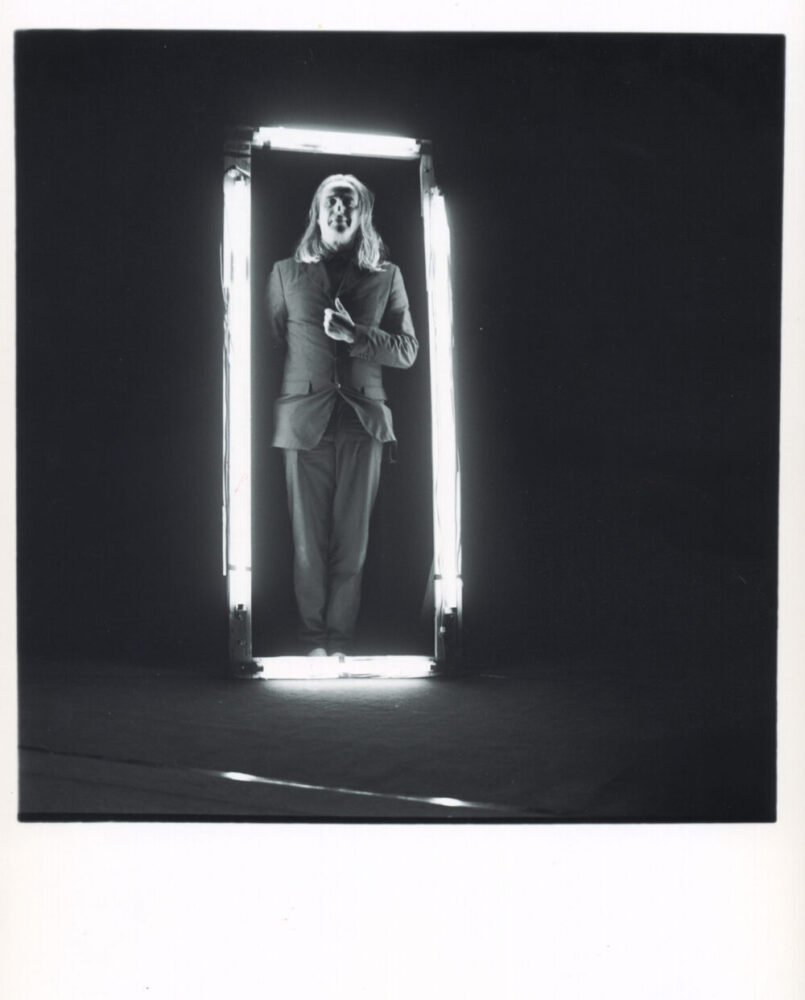 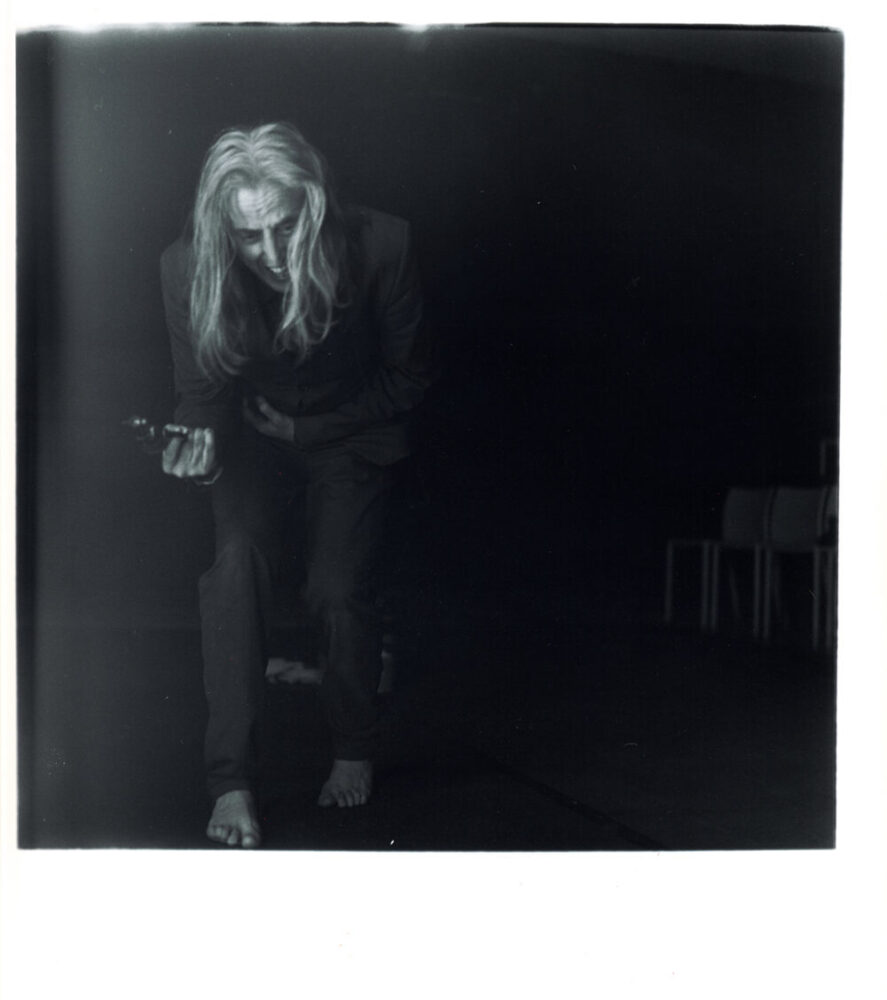 Fuoco Nero is a drama that spans the entire human agenda; historical, biological and cosmic; a dreamlike and cruel journey where the actor searches for a way out through body and bodies, light and darkness. The living body of the actor who commits suicide, in the passing from one character to another, with no clear intention, other than to claim his existence, his inability, his own cruel ongoing destruction. The game in which the spectator finds himself is clear from the beginning: “… no light without shadow, no shadow without light…”.

Maurizio Lupinelli writes about this show:

“It started with Fuoco Nero by Antonio Moresco, a text I deeply wanted, that grew out of our friendship and admiration. I like Moresco’s books and his face enough to let them complicate my life, because this in fact was the first step on a path that would lead me to stage other texts of his. In Fuoco Nero I deal with a theme very close to me: death as a laissez-passer for life. To enter and exit/embody and disengage from those figures that are already so riveting in Moresco’s writing. How to translate that to the stage? The writing, as in Artaud or Lautréamont, is visionary. Bringing it to life on stage means going at the same speed, but the risk is getting reined in by the words, having no room for deviation, no vitality. I wondered how to find the actor’s cruelty, take it further. I had to go beyond the writing with my body, make it my own, rewrite it through gestures and psychic effort, and in this sense Moresco gave me the possibility of tearing it down and yet still be faithful to it. This is what is ruthless about his writing: it’s classical and fiery at the same time. I was asked why I attempted such a difficult staging. The point is precisely this: isn’t the actor a reason, a continuous search? I consider this work a great challenge, a personal laboratory, a deeply valuable exercise”.