The association Nerval Teatro was founded in 2007 by Maurizio Lupinelli and Elisa Pol, dedicated to creating and promoting theatrical, cultural and educational initiatives that are the result of experimentation and research focussing on dramaturgy and contemporary forms of art. Based on the construction of interconnected communities, Teatro Nerval is oriented to investigate the social and relational role of art and its liminal nature.

Since its inception in 2007 Nerval Teatro has been intensely involved in collaborations and project sharing with the Tuscan theatre centre Armunia, its creative residence.

With the support of Armunia and other national theatrical entities it has produced shows for programming in major Italian and European theatres that have been glowingly received by the public and critics alike. In 2008, two texts by Antonio Moresco, Fuoco Nero and Magnificat and in 2010 Appassionatamente– inspired by the works of Werner Schwab- formed the first phase of a three-year project exploring Schwab’s poetics. In 2011 Nerval Teatro produced 4.48 Psychosis by Sarah Kane. For the second phase of Project Schwab, in 2013, Schwab’s Le Presidentesse and Carezze – a children’s show created with Roberto Abbiati- were staged. The third and final part of the Schwab Project, Canelupo Nudo, was created in 2014. In 2016 Ma perché non dici mai niente, a monologue from a text by Lucia Calamaro was produced. In 2017 Nerval Teatro revived their adaptation of Herbert Achternbusch’s Ella and in 2021 produced Le lacrime amare di Petra von Kant (The bitter tears of Petra von Kant) by German writer and director R.W. Fassbinder.

With the support of the Region of Tuscany and in collaboration with Armunia and the Cooperativa Sociale Nuovo Futuro, Nerval Teatro created the Laboratorio Permanente; an ongoing permanent laboratory dedicated to the languages of the theatre and divided into workshop phases aimed towards the production of shows in collaboration with disabled people from the town of Rosignano Marittimo (LI). The thrust of the project is to explore the dialogue between particular sensibilities and the discipline of theatre. Laboratorio Permanente has created important works recognized at national level such as MARAT (2007), Hamlet! Ovvero l’incontro mancato (2009), Appassionatamente (2010 Schwab Project), Che cosa sono le nuvole (2012 Pasolini Project), Attraversamenti, Winnie and Sinfonia Beckettiana (2015-2018 Beckett Project) and most recently DOPPELGÄNGER/Chi incontra il suo doppio, muore (2021) with dancer Filippo Porro and disabled actor Francesco Mastrocinque. Produced and directed in collaboration with the company Abbondanza Bertoni, the piece was awarded the prize for Best Dance Show at the Premio Ubu 2021 festival.

Due to Laboratorio Permanente’s structural configuration, the project is an example of good practice and was transferred, thanks to the support and interest of the Department of Social Services, to the municipality of Ravenna in 2019 where it is involved with three different social cooperatives in the region; La Pieve, Selenia and San Vitale.

Nerval Teatro has carried out theatre and community projects aimed at adolescents and residents in disadvantaged communities. In 2008 the project I Crociati with the Sinti community of Scampia (NA) was promoted by Puntacorsara and the Fondazione Napoli Festival. In 2011 Teatro Portasud with the citizens of the slums of Marghera (VE) was endorsed by the Municipality of Venice and Etam-Animazione Comunità e Territorio and in 2012 Gli Uccelli, with the community of ex-miners in Gavorrano (GR). The aim of these projects is to connect people to each other and to the places they live through the experience of theatre.

Over the years Nerval Teatro has become a nucleus capable of attracting a wide range of collaborators, including scholars, critics and cultural operators who have recognized the originality of its approach. This inspired the publication of the book La Ferita, edited by Marco Menini, which recounts and critically reflects upon their many years of activity, followed by Curare il Teatro. Il Laboratorio Permanente di Nerval Teatro ad Armunia, Gerardo Guccini and Marco Menini editors. 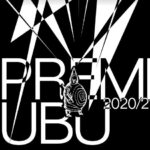