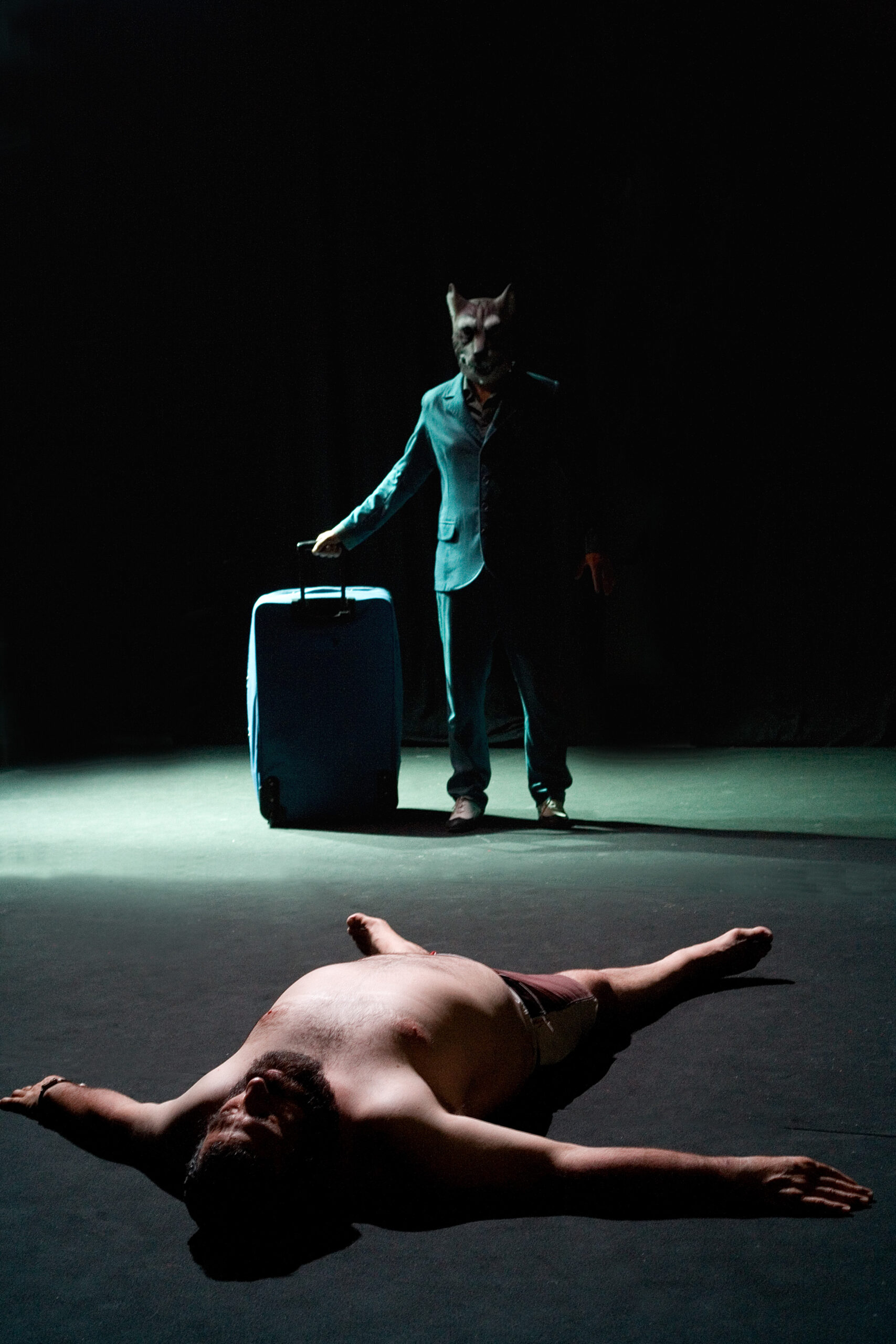 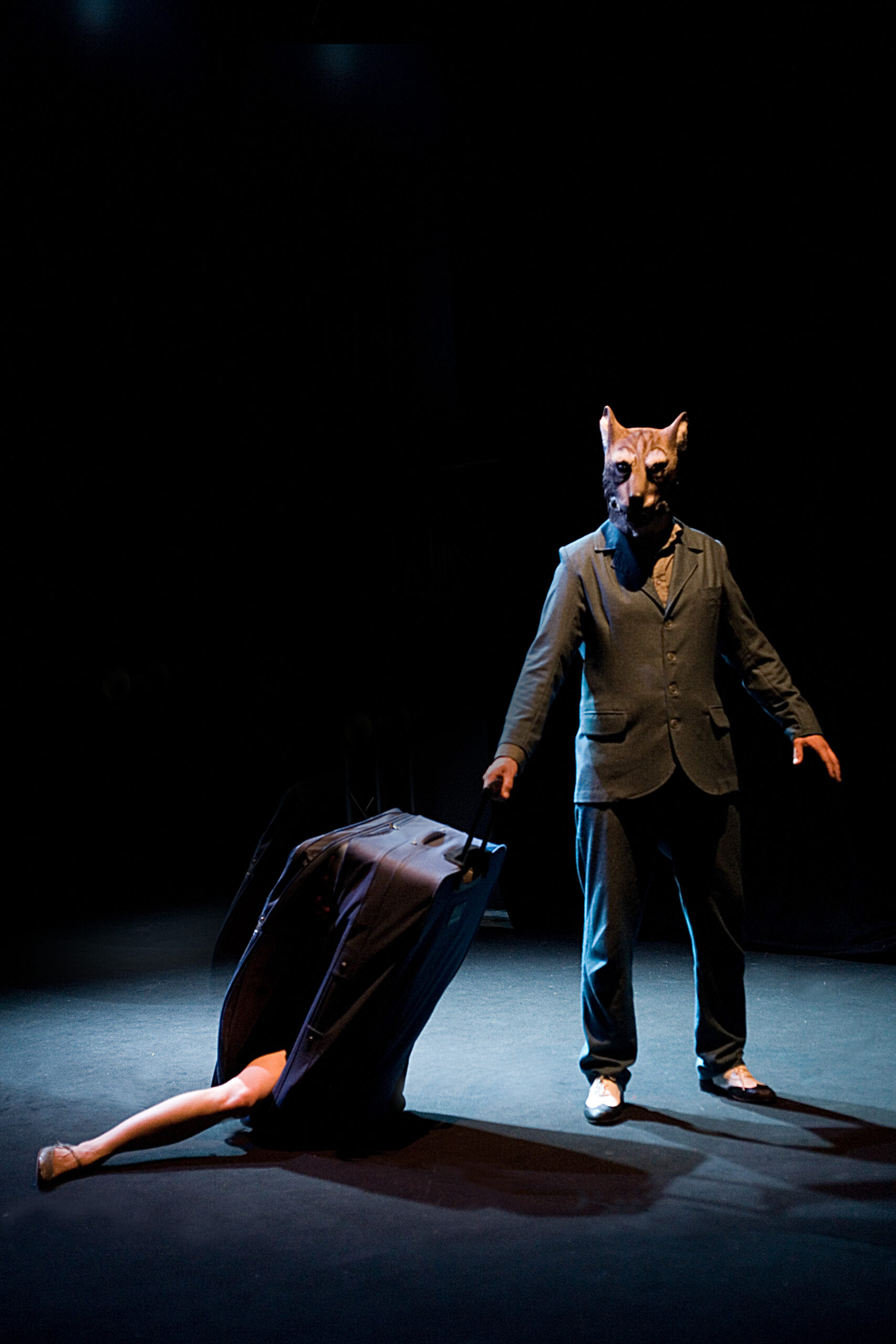 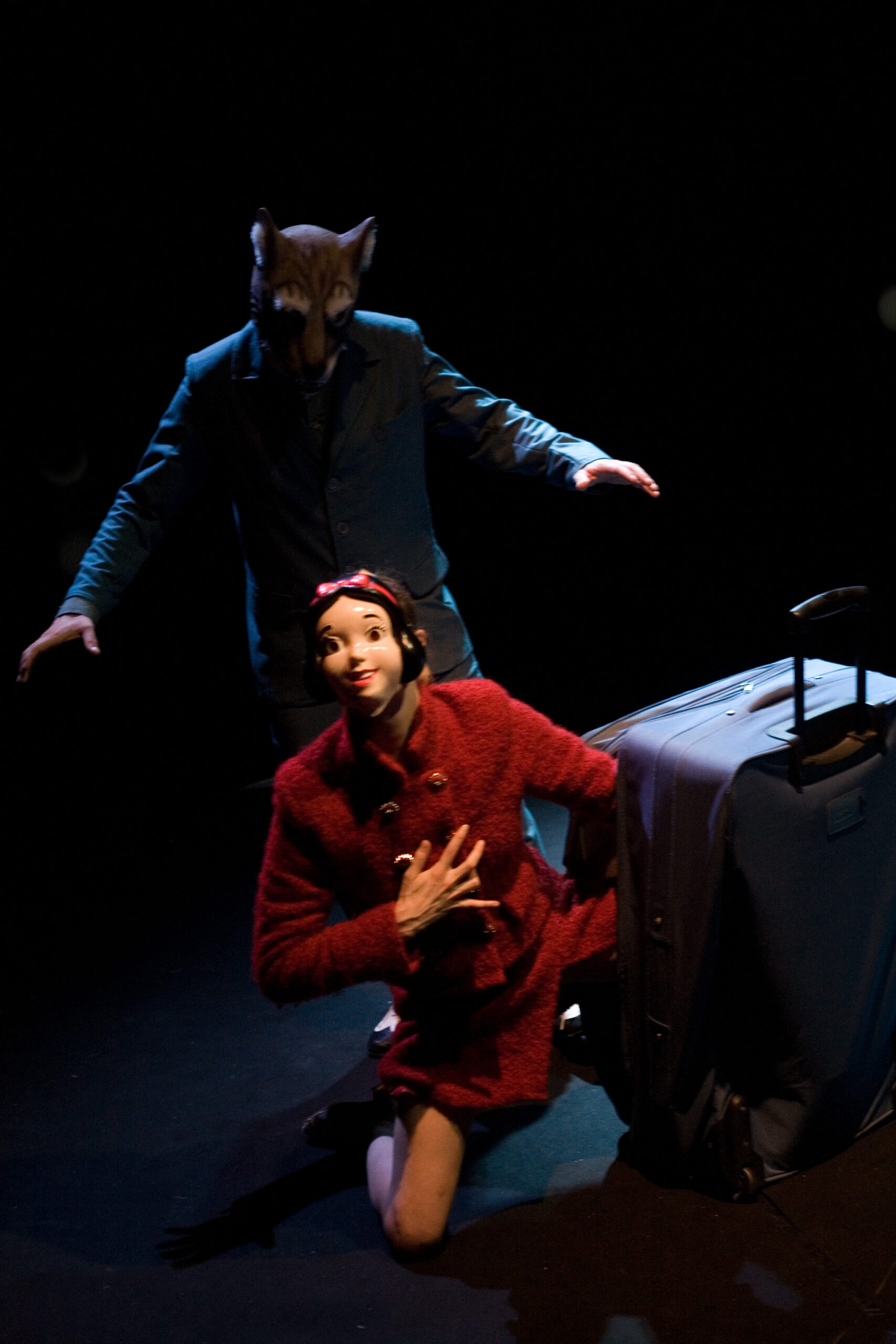 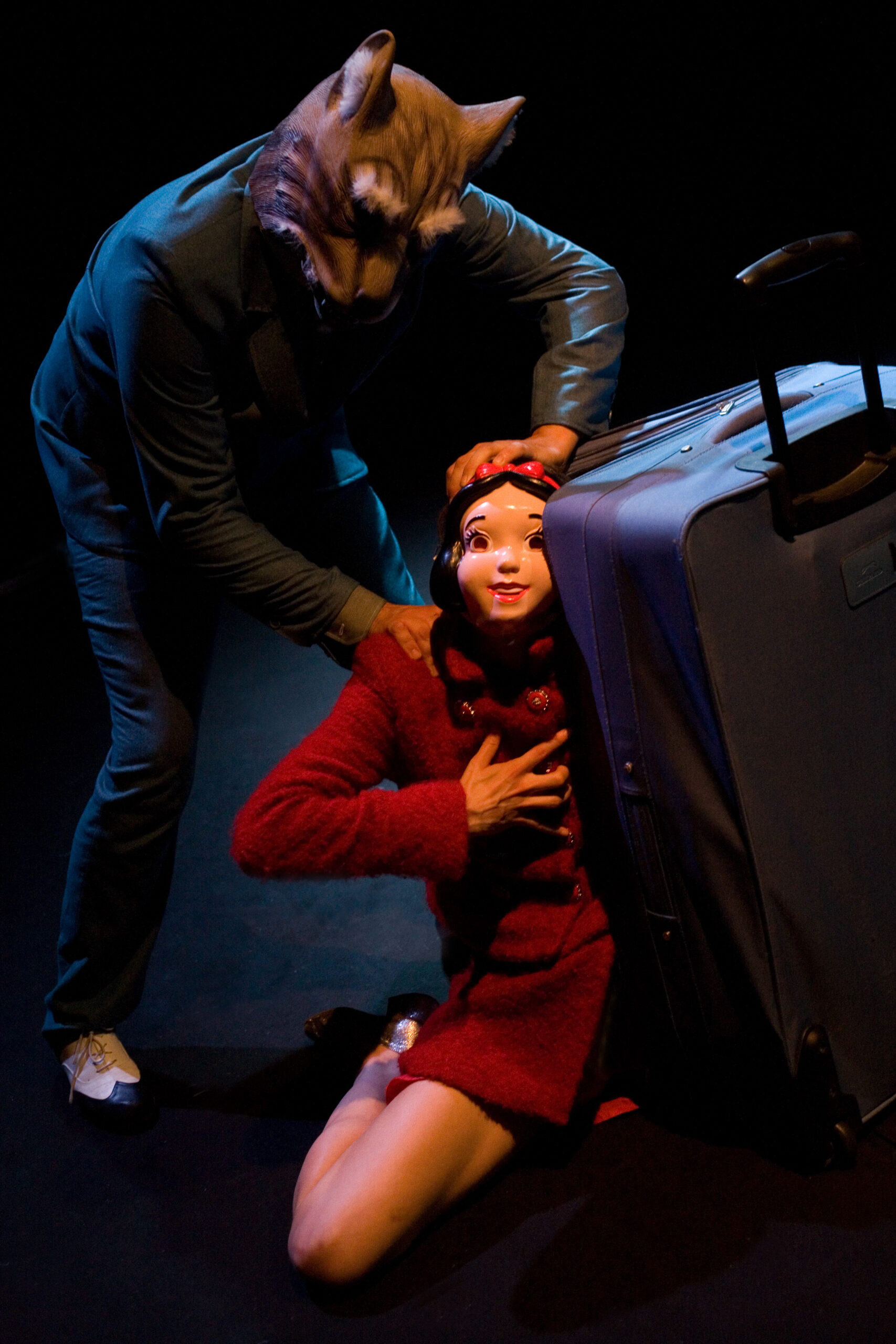 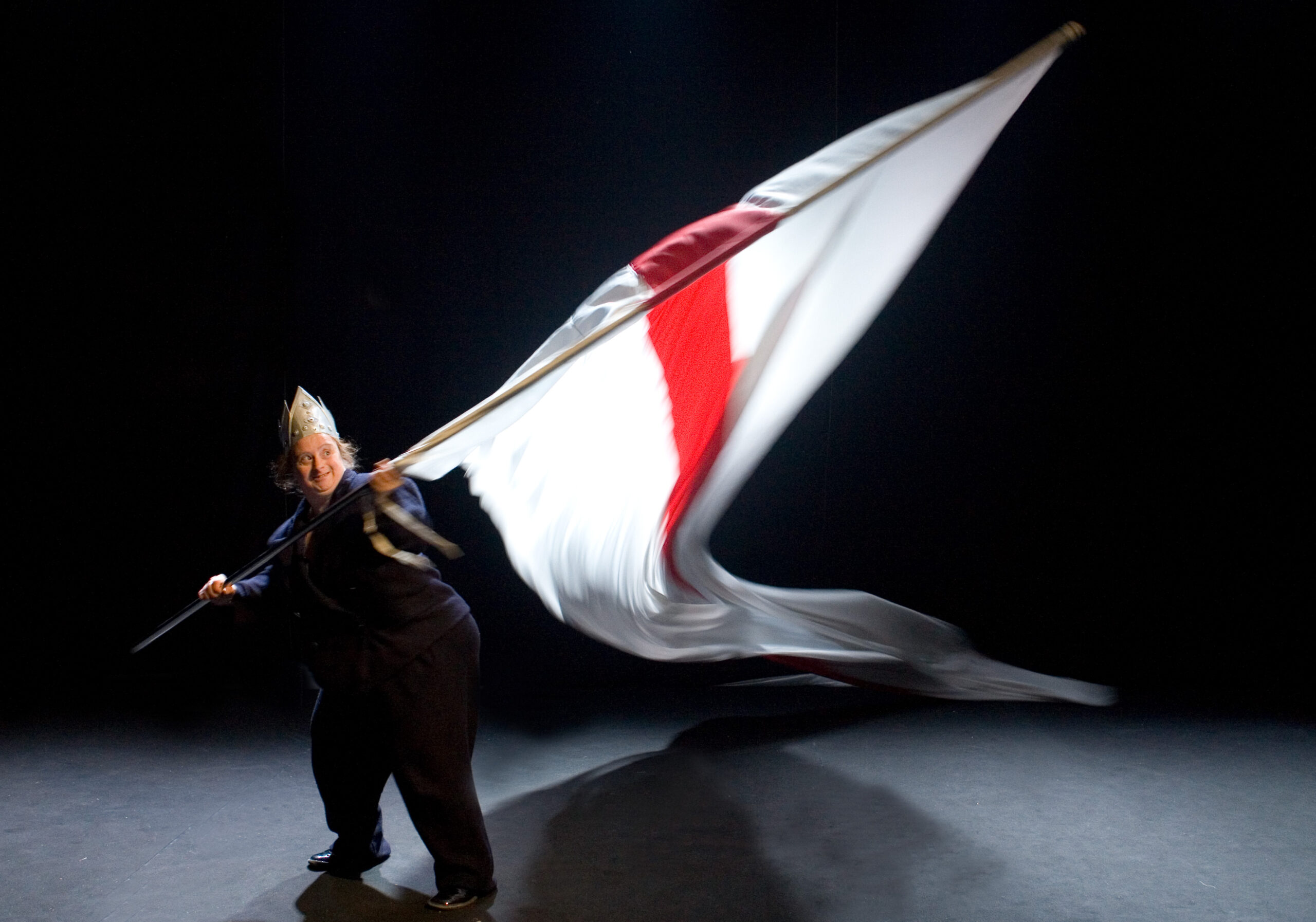 The world that emerges from Werner Schwab’s texts was our point of departure, the focus of our attention. Hence, this work is neither a staging nor an adaptation of his texts but instead is a distillation of the topics and themes that developed personally around them in our work.

The societal destruction Schwab portrays aligns with our vision of a collision of realities and nightmares that describes the dis-ease of the present. We started to understand violence in Schwab’s work as being less about the words themselves, or at least not in the form of his texts, but about the origins of the violence underlying those words. We had to look beyond the jokes and plotlines to find the core essence, before it is given shape through expression. Schwab’s texts First Ladies, Sovrappeso and Sterminio comprise the basis of our long reflection.

The work developed around the psychic nature of the world we wanted to stage. The words, actions and images we created evolved accordingly. Detail became an expression of truth. Words touched the essence. Silence itself as word. Stillness on stage as action and- accordingly- the body in constant, organic movement.

We realised that a language of hard, cold truth was necessary for this staging; a no- frills skeletal dramaturgy to bring the fierce aridity of the banal and the loneliness of everyday life to the surface. The characters were mirrored in their doubles, descending deeper and deeper into the vision until the work was transformed into a luminous depiction of a quirky and touching humanity from a sort of drunken cartoon.

Without resorting to rhetoric and representation, but drawing from real life, Appassionamente reveals a microcosm of fairy tales gone wrong, of psychic landscapes inhabited by cruelty, the same cruelty that lives at the centre of Schwab’s universe.

“An immersion in the dark side of life, created by a company of dazzling sensibility, with people with mental and physical disabilities and professional actors, all very good.”
[M.Marino, Corriere della Sera di Bologna – controscene blog, June 25, 2010]