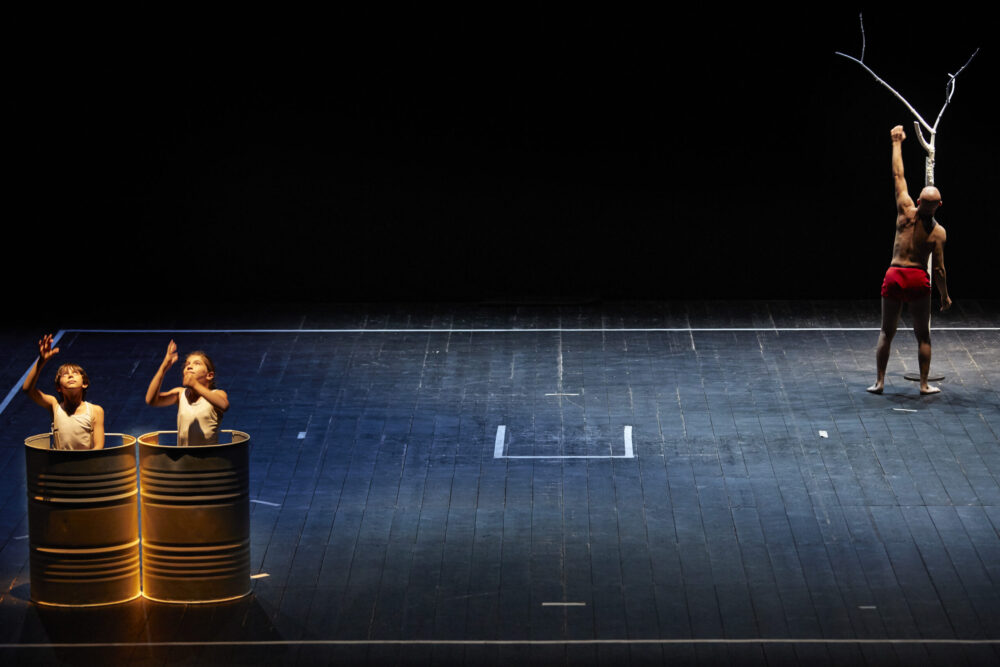 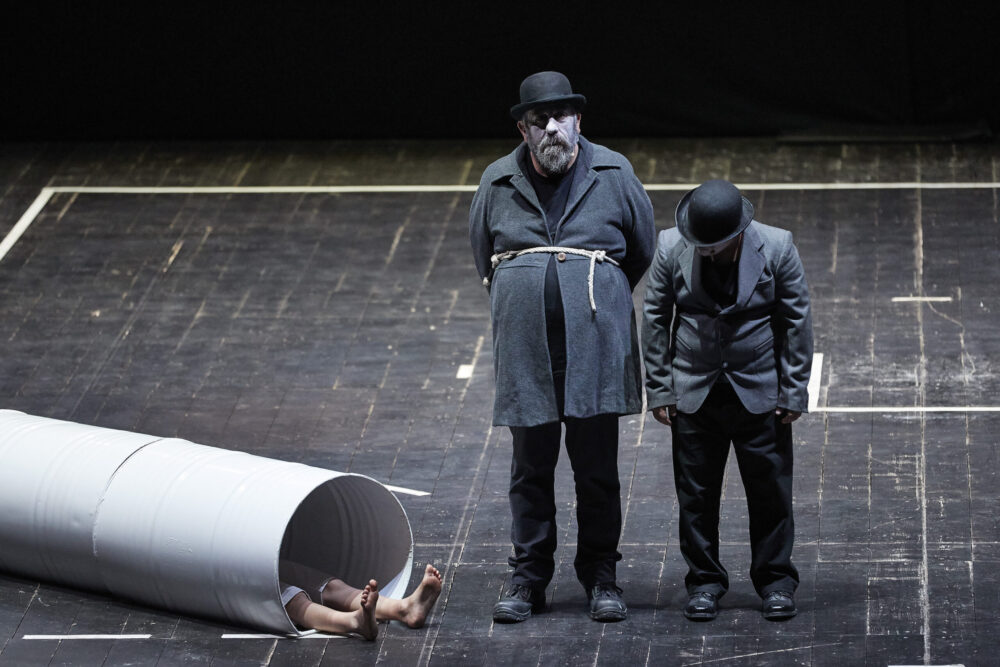 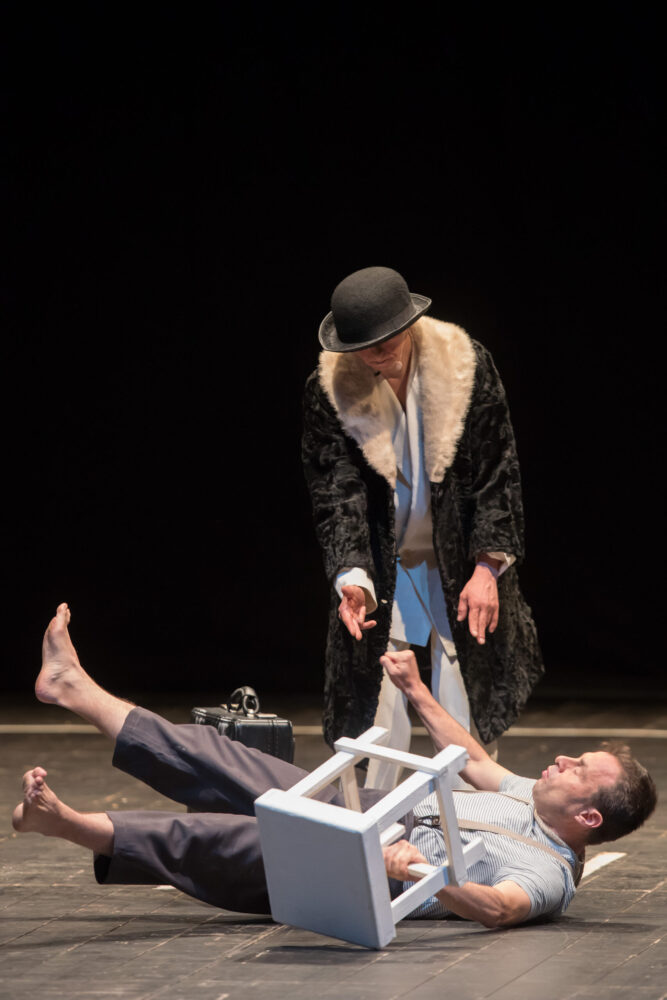 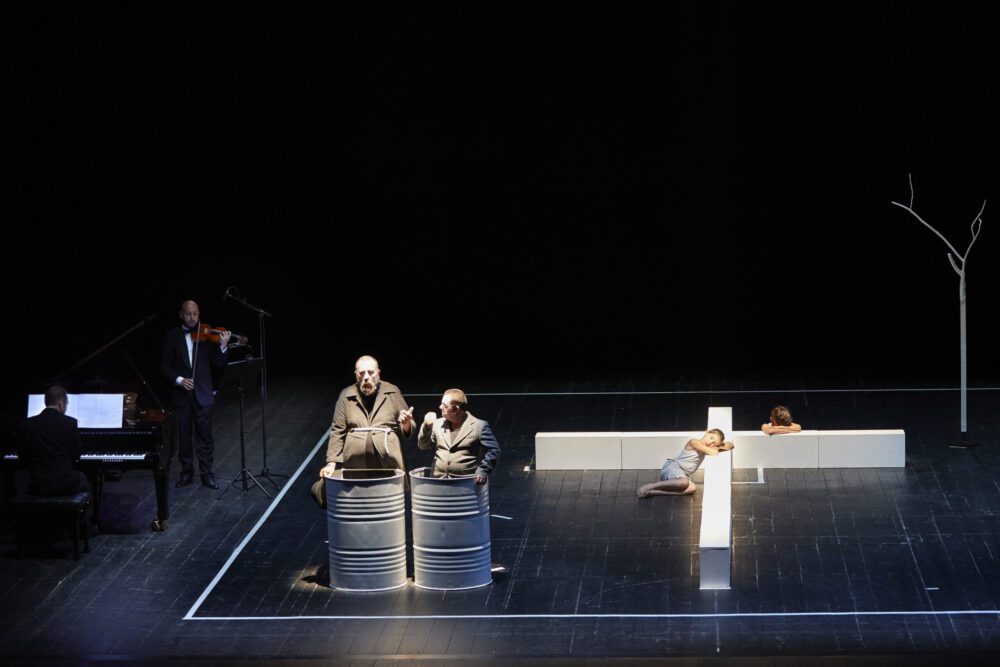 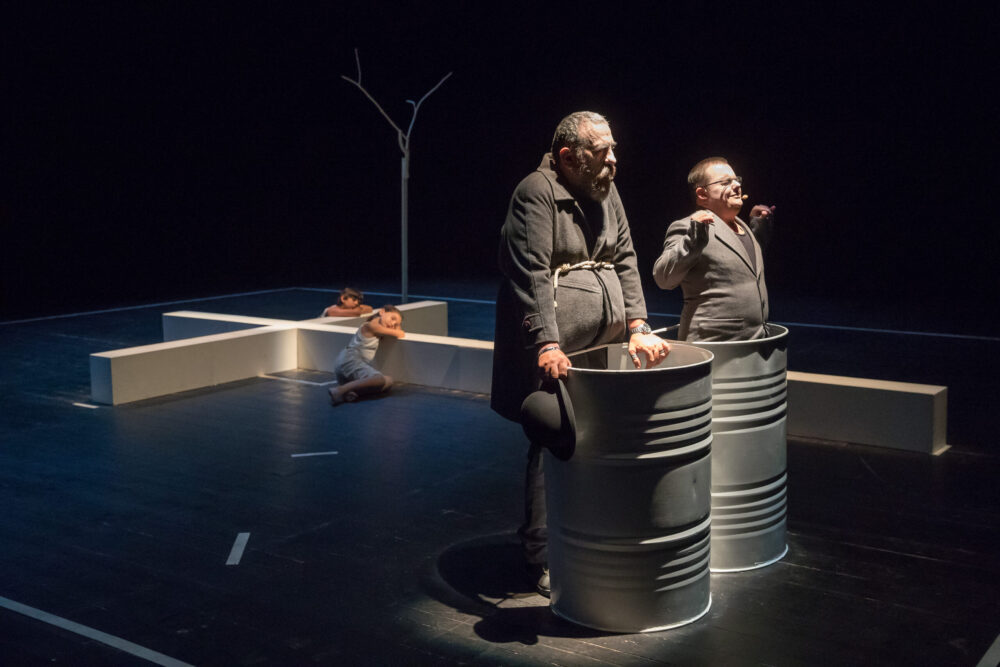 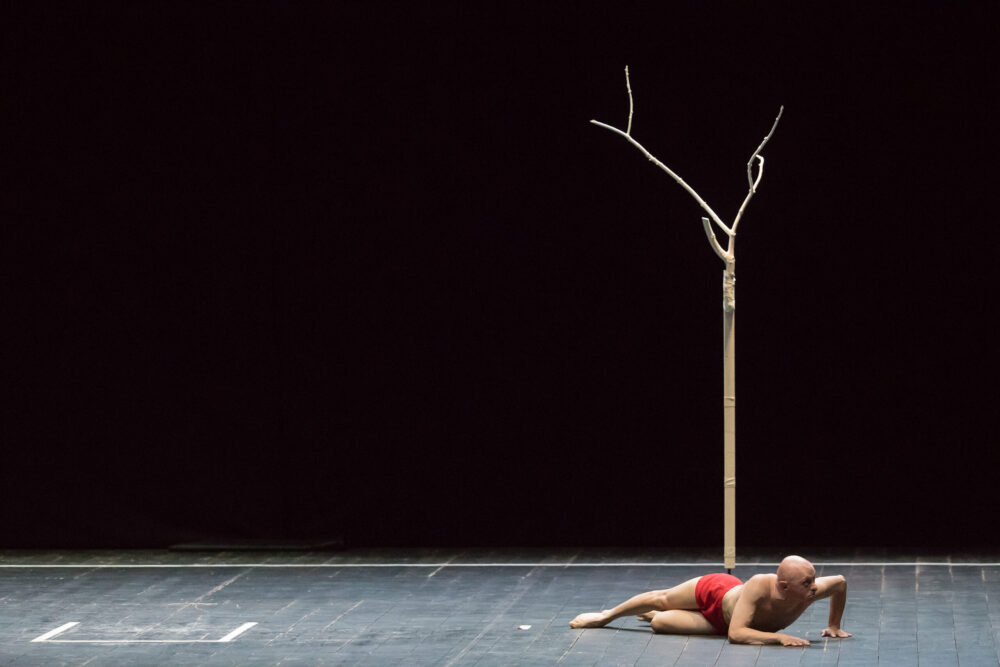 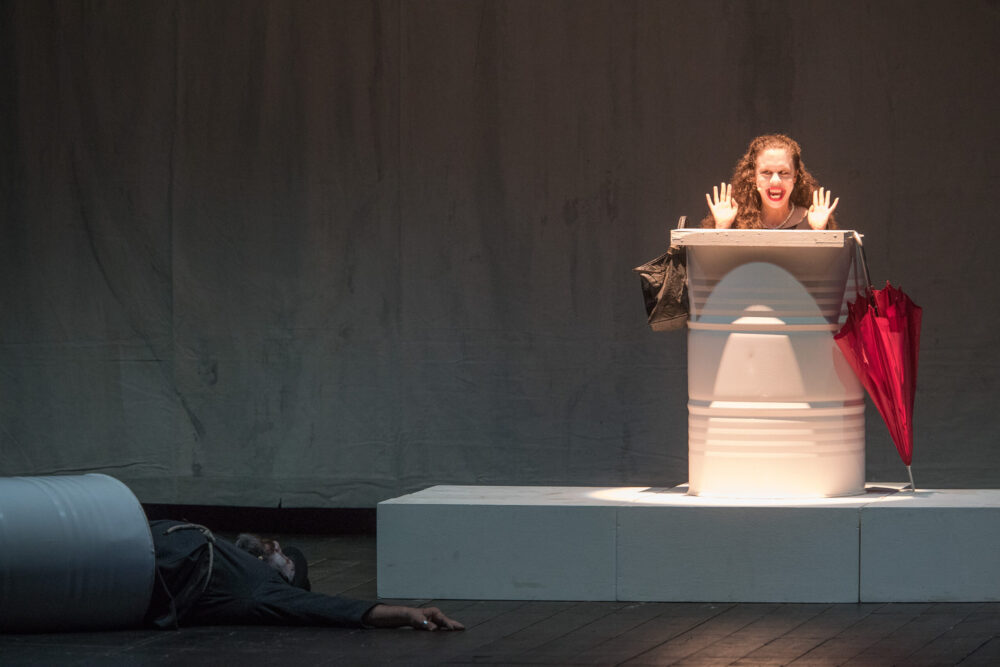 Strangely like brothers, Beckett and Giacometti knew each other well and their art had much in common: the hopeless characters of the former resemble the gaunt and disturbing statues of the latter, figures reduced almost to invisibility. For years Nerval Teatro has been running theatre workshops for people with disabilities. This “symphony” features five of these actors, who tackle the classics of Beckett’s theatre and Giacometti’s imagination. Their spontaneous and disarming lightness bring Beckett and Giacometti’s visions vividly to life on stage. The music of Arvo Pärt and Valentyn Silvestrov, performed live, is an essential component of this work.

“Developed in the workshopping with disabled people that Maurizio Lupinelli has been conducting for years in the residency at Armunia in Castiglioncello, Sinfonia Beckettiana confirms of the ‘authorial’ potential of the five very good actors on stage. Thus, the progressive change in the role of director: “I render the material they create organic”. And we see an extraordinarily complex “organic unity” in this Symphony.”
[L. Caretti, Sinfonia Beckettina, Hystrio, 2019]