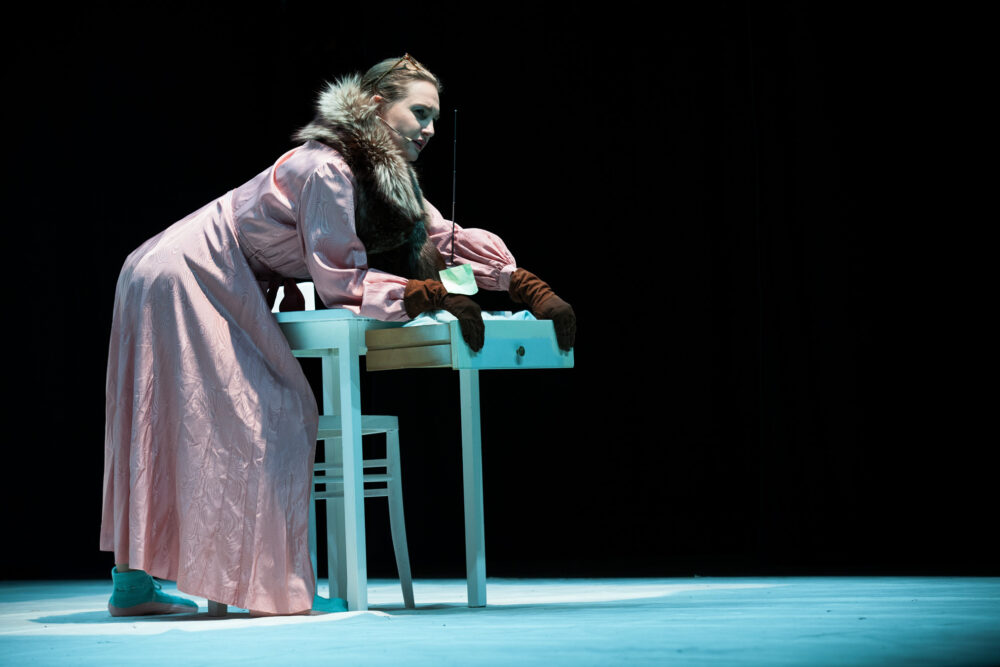 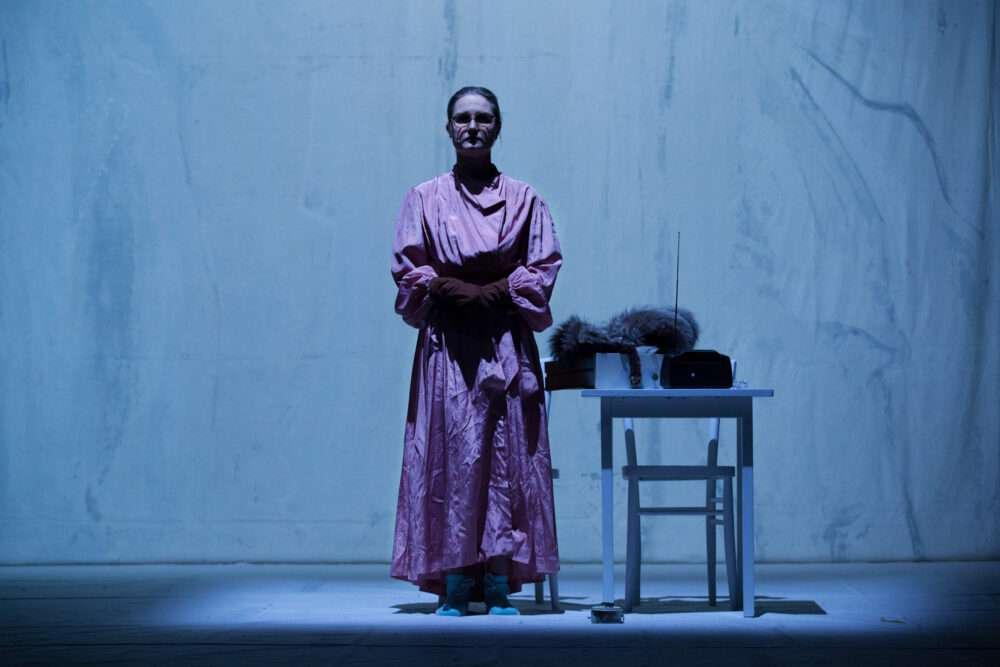 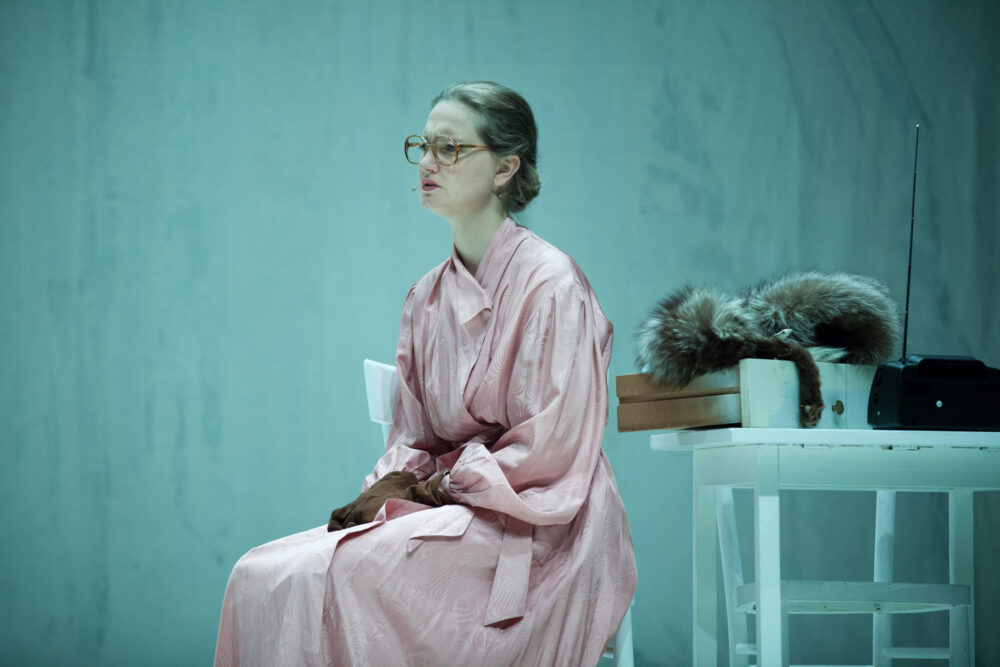 Why Don’t You Ever Say Anything?Monologue

This monologue addresses the themes of loneliness and abandonment through the subversive humour that is characteristic of Lucia Calamaro’s writing. Mary, the protagonist of our drama, is a lonely woman whose husband has left her, although we don’t know when and why. Immersed in a private universe of memories, voices and flashbacks, she waits for him to return.

It’s not easy to judge her, but she elicits our spontaneous, innate sympathy, like all the outsiders in literature and society who- by virtue of their escape from reason and normality- shows us the purity of their love of life.

“The Pol-Lupinelli duo brings the ordinariness of a situation to life, creating a rupture of meaning and rendering Mary, in her gentle and measured presence, sublime.”
[M. Surianello Mary’s obsessions and Beckett’s ghosts, Il Manifesto, January 20, 2018]

“Maurizio Lupinelli’s wise direction works by the juxtaposition of essential traits with the masterful intensity of Elisa Pol who- thanks to her extraordinary vocal ability- becomes a choir and solo voice at once and, with the body, conveys the memory of a graceful but wounded beauty”
[A. Zangari, Otternative, January 18, 2018]

“Elisa Pol is a very sensitive interpreter whose disorienting vocal capacity (it seems almost as if the raspiest tones are in correlation, never intuitive, with the most ironic refractions of her speech), intensifies the complexity of this female figure and her incessant questioning of her husband’s disappearance.”
[ I. Rossini, Teatro e Critica, February 1, 2017]