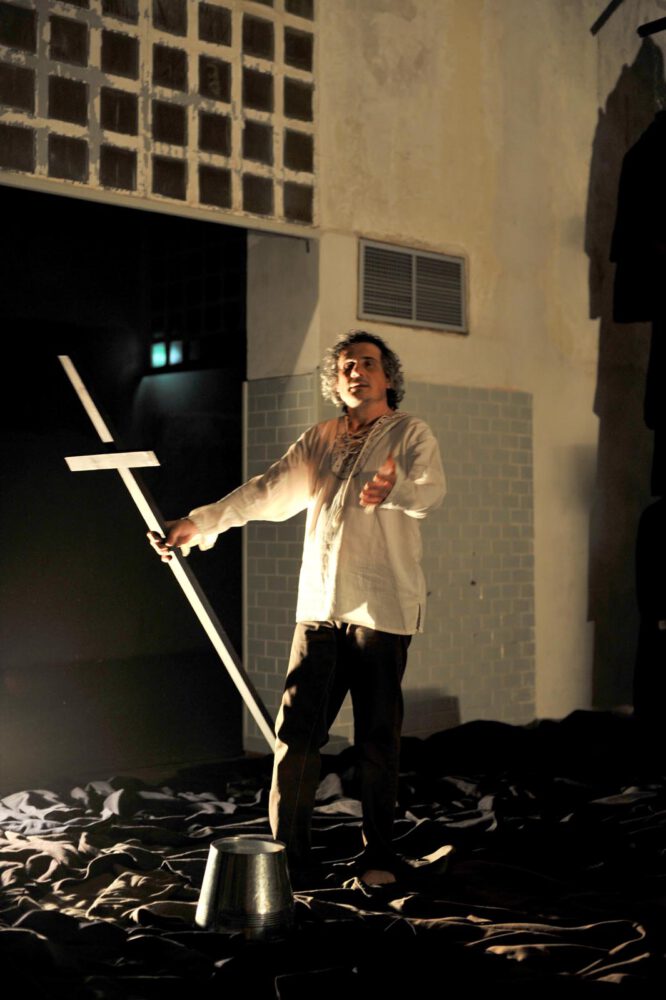 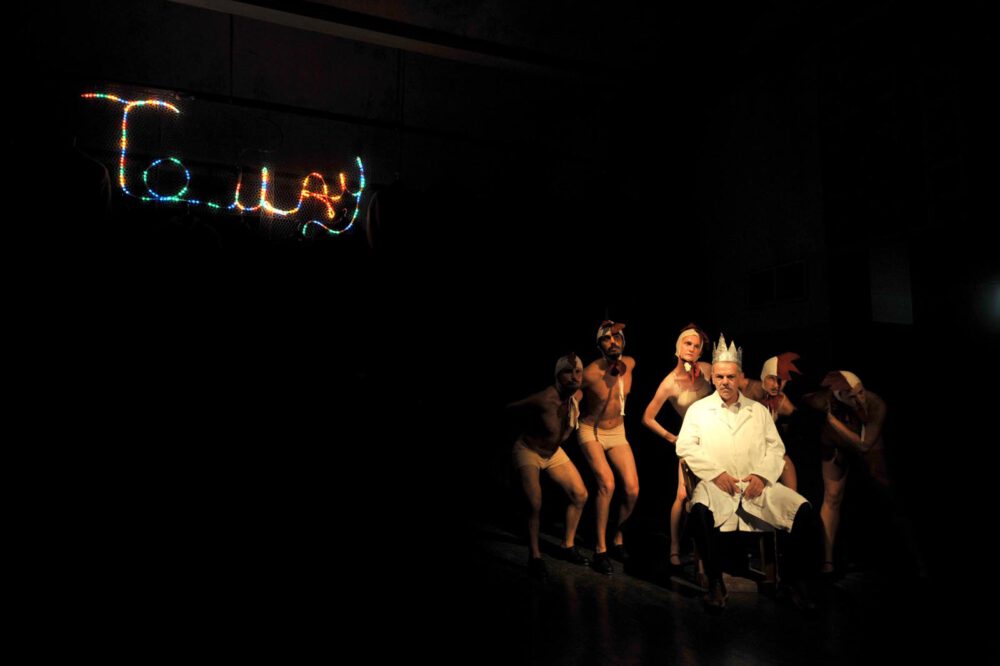 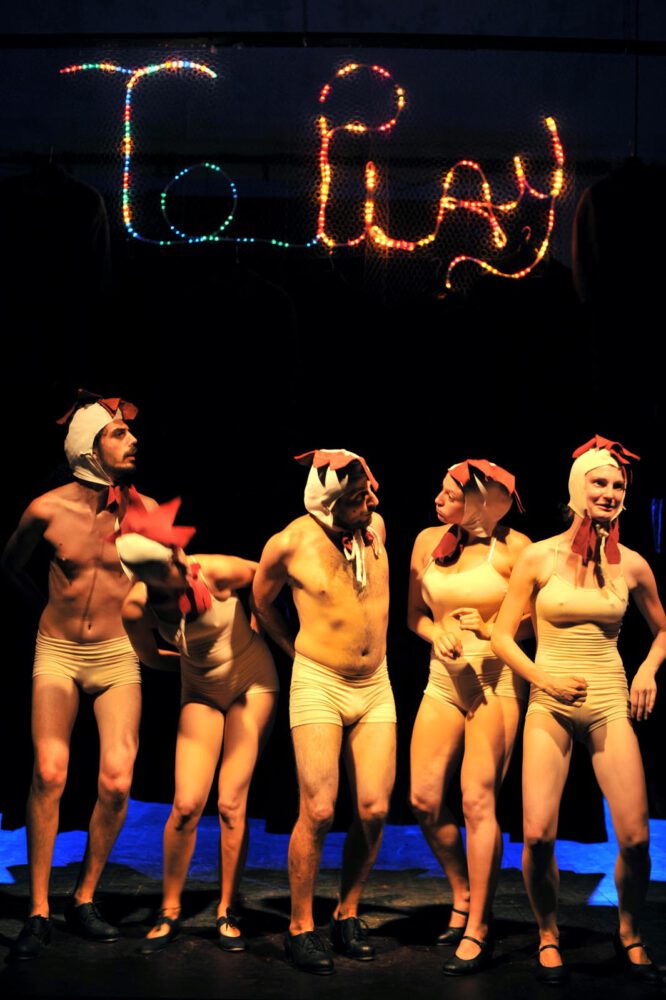 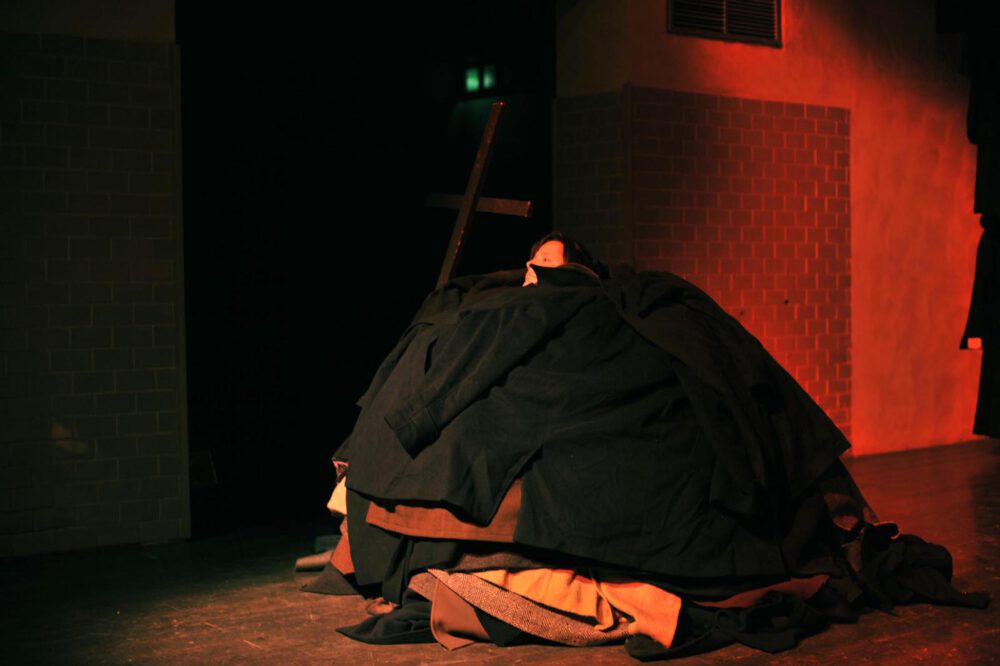 If the eye is frightened by what it sees, the heart stops suspended

After his experience with Marat, Maurizio Lupinelli turned to his next project: L’incontro Mancato. Based on Shakespeare’s Hamlet and conceived as a result of a series of workshops in parallel involving Olinda in Milan and Armunia in Castiglioncello, the work addresses actors- including those with disabilities. The show was premiered during the Milan Theatre Festival in October 2009 at Teatro La Cucina in the former Paolo Pini psychiatric hospital in Milan.

“Lupo discovers his material through collaboration, exploring and performing the miraculous. His focus is on otherness as a transcending of limitations, so much so that in the end the spectator can no longer distinguish who actually is the more limited (crazy who?).”
[Paola Teresa Grassi, KRAPP’S LAST POST, July 24, 2009]