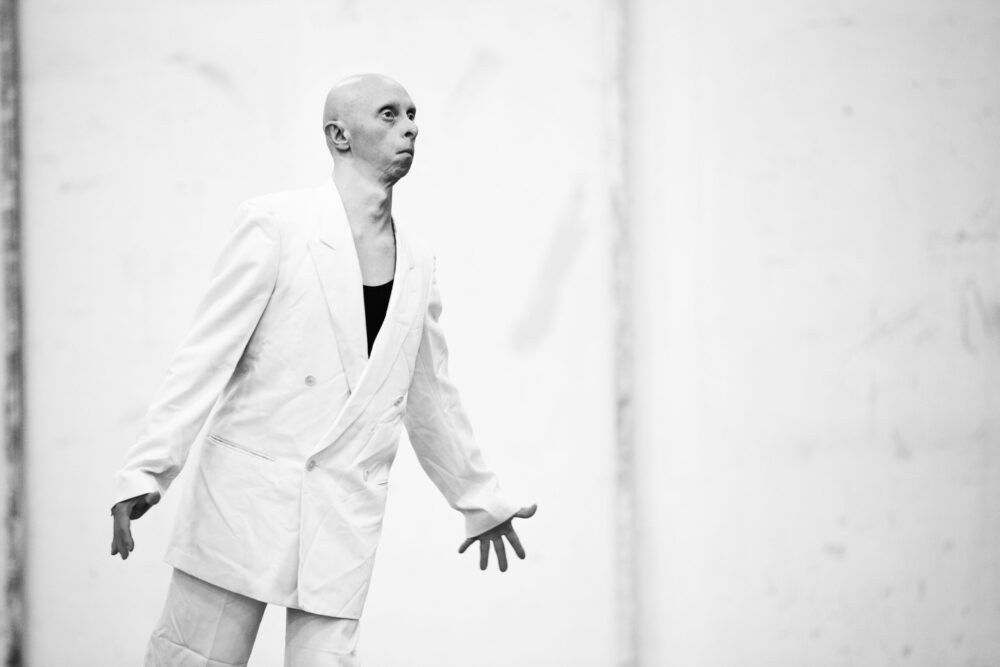 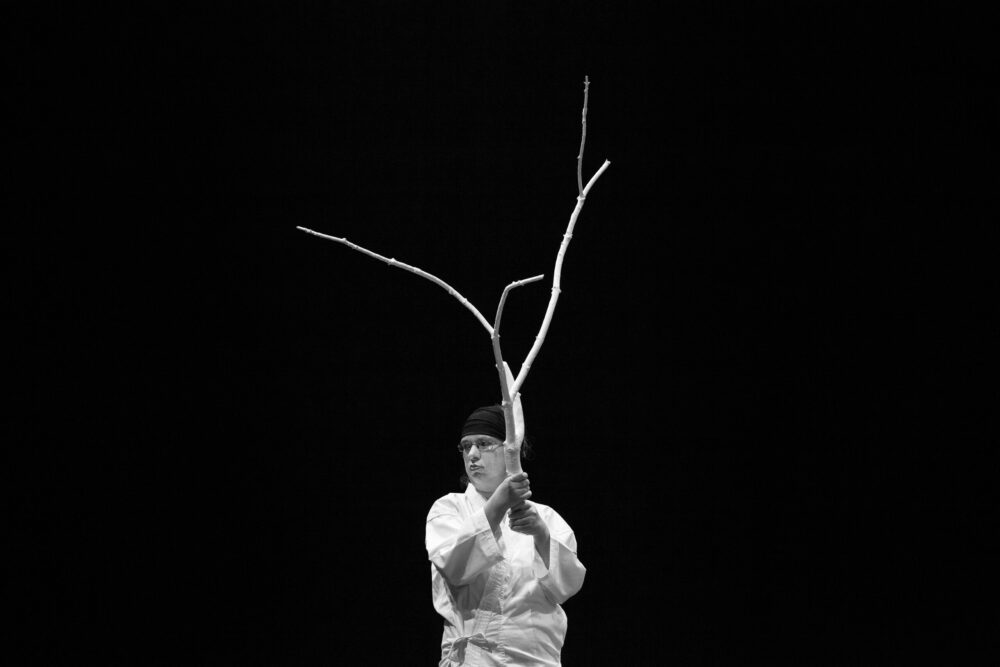 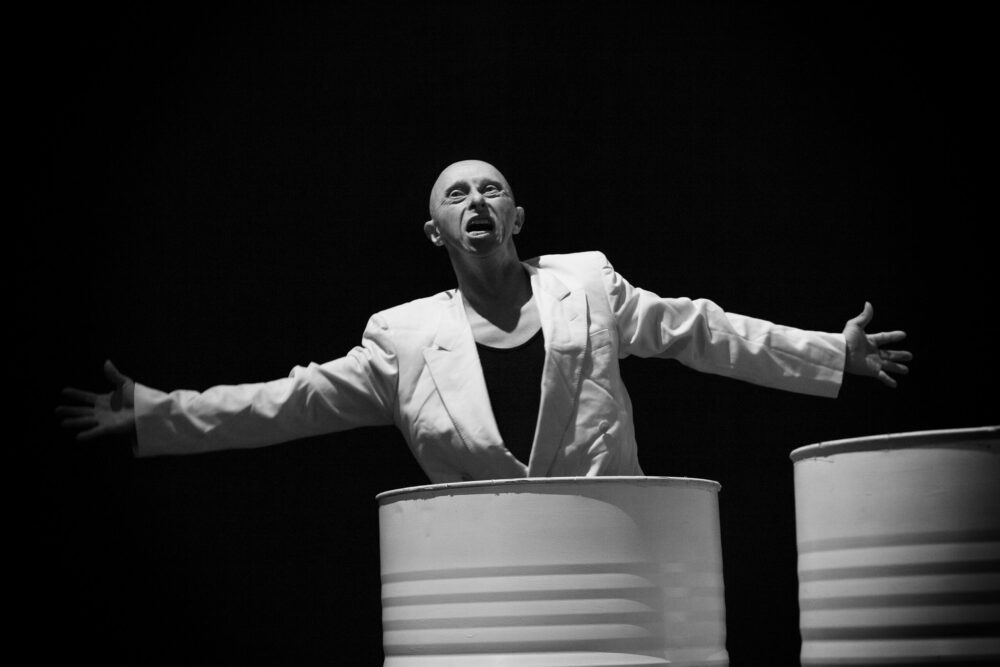 Attraversamenti is a tribute to Samuel Beckett’s world and weird characters. During the Laboratorio Permanente we looked at some of his texts, like Waiting for Godot, Endgame and Happy Days, and were surprised to find how closely his characters resembled our actors and actresses in real life. In this exploration we entrusted ourselves to movement, to play- enriched by non-intention and improvisation, and we discovered ways to revisit some of the strange and borderline situations that Beckett’s texts propose.

“Attraversamenti restores the pleasure of going to the theatre.”
[R. Rinaldi, Romuorscena, August 2, 2015]

“With its focus on awkwardness, Attraversamenti extols the heights of the surreal, portraying Giacometti’s figures and Beckett’s gags in a metaphysical theatre that playfully suggests “follow the few and not the vulgar masses”.
[V. Di Vita, Ateatro, July 16, 2015]